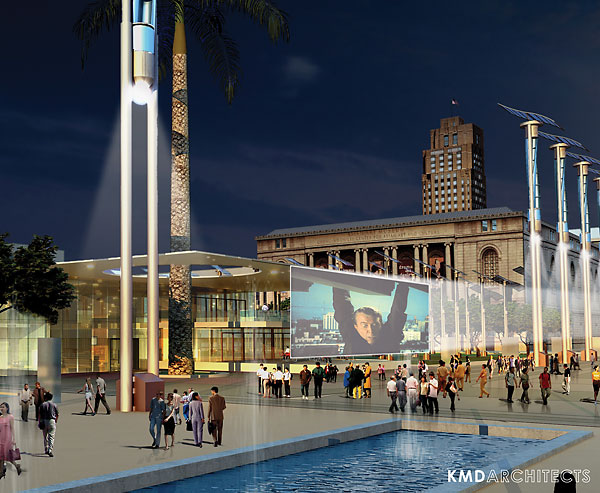 San Francisco is one of those cities that is whatever visitors want it to be. Once referred to as the Paris of the West, a better description might be the world of the west. Visitors can circle the globe by way of Chinatown, Japan Town, North Beach, the Russian hub and the Mission. Castro remains the gay center of the world; and Haight-Ashbury offers a trip back to the 1960s.

A common thread throughout the city’s districts is a focus on green living. SustainLane, an organization promoting the green lifestyle, named San Francisco the second greenest city in the U.S. for its use of solar energy, recycling, green building and composting. The city has banned the use of Styrofoam in restaurants, plastic bags at grocery store checkouts and the use of public funds to purchase bottled water. The city now offers grants for homeowners and businesses looking to convert to solar power. A new city ordinance expected to take effect next year will make building green the law.

On The Rise
Two massive earthquakes in 1906 and 1989 ensured that the City By the Bay would remain in a perpetual state of evolution. Masterpieces from the past remain intact, such as the Golden Gate Bridge, San Francisco City Hall, TransAmerican Pyramid and the Palace of Fine Arts, created as part of the Panama Pacific International Exposition of 1915.

Alongside the treasures from the past, modern masterpieces continue to rise. This year marks the opening of Millennium Tower, located in the Financial District, and one of the tallest buildings in the city. Sunlight moves across the faceted glass panels forming the facade of this 60-story sculptural masterpiece that doubles as a luxury residential high-rise. The Infinity, designed by Heller-Manus and Bernardo Fort-Brescia, is another icon to be completed this year. A mixed-use, modern complex of four towers, The Infinity spans two city blocks, and features curving walls of metal and glass.

Unique examples of eco-friendly design can be found all around town. The San Francisco headquarters for the Natural Resources Defense council is housed in a 1920s structure transformed into an earth-friendly icon was awarded a LEED gold rating from the U.S. Green Building Council, for its use of natural sunlight, recycled materials, energy efficient heat pumps and sustainable building materials, such as floating bamboo ceilings.

On the roof of the Moscone Center West, the city’s two-million-plus-square-foot events compound is one of the nation’s largest municipally owned solar generating systems in the world. The center’s design incorporates energy efficient lighting, low-emissive glass and other materials to reduce its carbon footprint.

Sleeping In
The pinnacle of modern, eco-friendly accommodations can be experienced inside one of the city’s oldest luxury hotels, The Fairmont San Francisco. Its new Lexus Hybrid Living Suite is a marriage of historic architecture and modern green design. Furniture, flooring and other design elements incorporate organic, re-claimed and sustainable materials. Bedding is made of luxury organic cotton. Paint is low VOC, so you can breathe easily. Standing tall atop Nob Hill, the city’s highest point, the suite boasts one of the best views of the bay, putting Alcatraz almost within reach. Also, guests get the keys to a Lexus LS 600 h L to use for free during their stay. Pretty cool.

New this year in the South of Market district, or SoMa, the InterContinental is a 32-story modern tower with a cool blue exterior and a 10-room spa. Clift Hotel in Union Square is a modern concept hotel inside a near century old building. A new design concept by Philippe Starck mixes with historic elements, such as the Redwood Room, featuring an enormous redwood bar thought to be carved from a single tree.

Completed in 2005, Hotel Vitale is located in the Embarcadero. The decor is natural, soft and soothing. You can soak away your cares in a private soaking tub hidden in the secret, rooftop garden.

Wine and Dine
W San Francisco’s XYZ Bar serves up cocktails with a chaser of consciousness during Eco-licious. The bar features organic and earth-friendly beverages and bar treats, in a super-cool setting. Or patrons can take a seat in the Fairmont Laurel Court and order a Cucumber Mojitos so crisp and clean, it actually tastes healthful.

Get Out There
First conceived in the 1950s as an urban oasis where artists could play, Yerba Buena Gardens opened to the public in 1993; it was awarded the Environmental Improvement Grand Award, from the Associated Landscape Contractors of America. Green grassy hills, tranquility gardens, open spaces, outdoor art and entertainment complexes, such as Sonya’s Metreon, make up the 19-block wonderland. Enjoy afternoon tea at Samovar Tea Lounge, serving organic and fair trade elixirs, and offering the best birds-eye view of the garden below.

Sweet Ending
Finish off your San Francisco adventure with a sweet treat from Kara’s Cupcakes in Ghiradelli Square. Hand-crafted from locally sourced, all-natural ingredients, the menu features an array of flavors, from Raspberry Dazzle to Sweet Vanilla, and chocolate, of course. In fact, the fancy cupcake shop is a lot like the city itself.  Step inside the magical place, and visitors are sure to find something tempting, no matter what his or her taste may be.