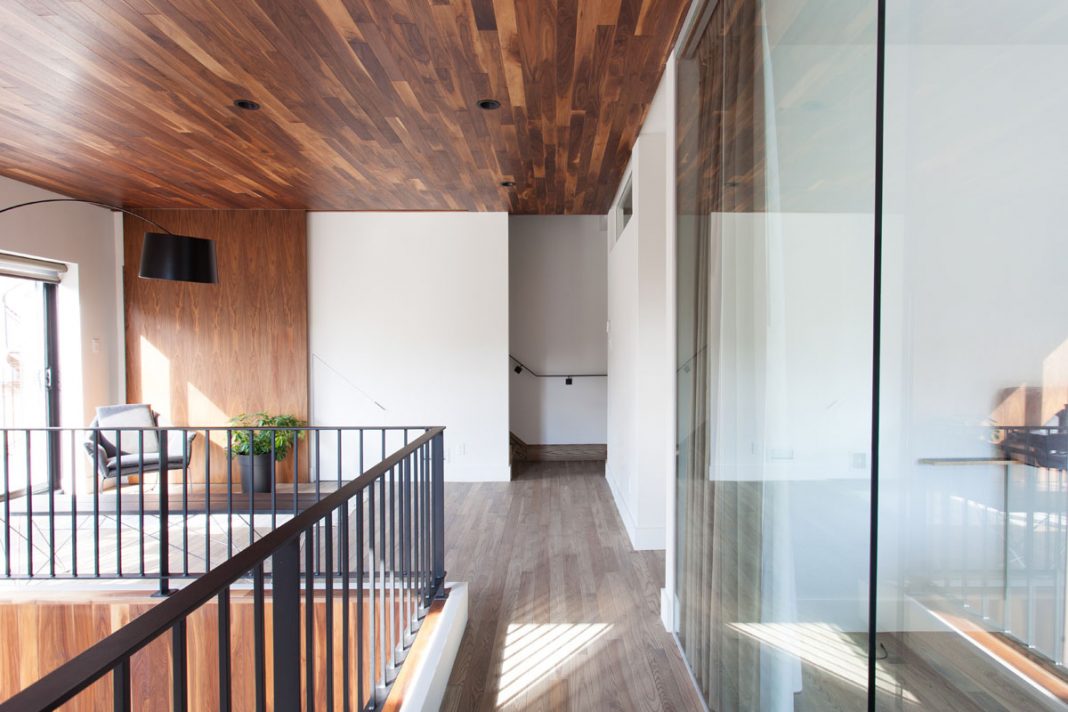 Rather than settling on either account, a young family set their sights on the beautiful, historic Montréal neighborhood of Villeray, which had everything they wanted for raising their family except the type of house they wanted to live in. The original neighborhood surged in the beginning of the 20th-century with wood houses but, by the 1920s, brick houses became abundant. The couple found a brick duplex that was in need of some rehabilitation. 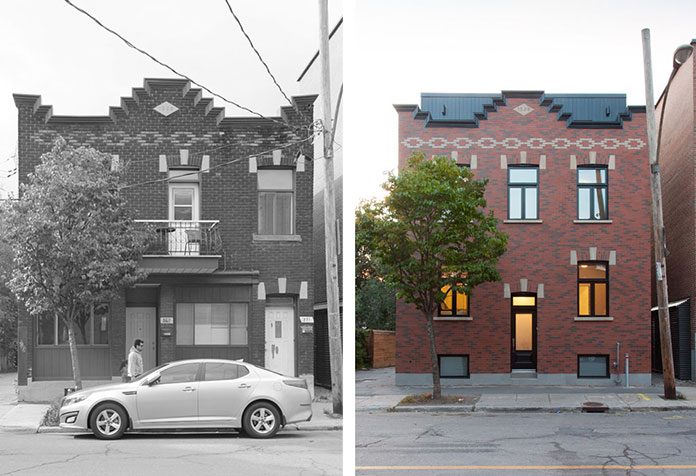 Montréal-based architecture firm, APPAREIL was entrusted with the task of creating a modern, open, and bright home out of the darker, more closed off, historic duplex. Having some outdoor green spaces (a rarity in the urban center) was an additional requirement. The overall requirement was to refine and renovate the duplex, creating a single-family home respecting the original style of the structure and the neighborhood. 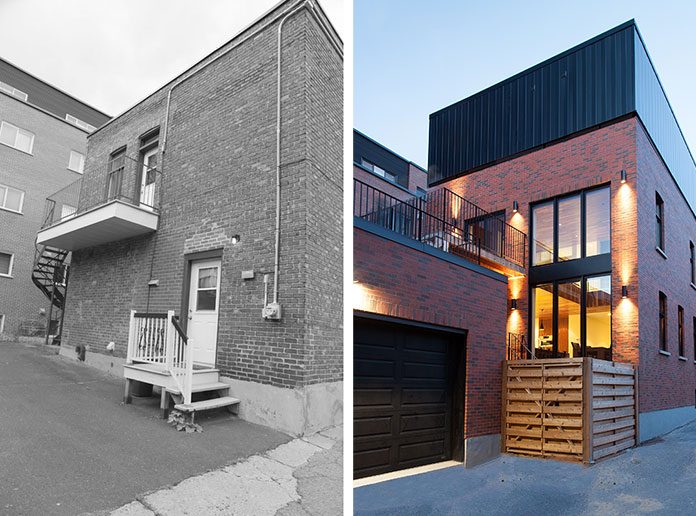 The original structure was in such a shape that foundations were restored and the masonry needed to be completely redone. The demolition was carefully done to preserve the original bricks and materials for the rebuild. The reconstruction allowed for doors and windows to be repositioned according to the redesign in the front of the house and huge windows at the rear to let more light inside and provide views of the quaint little lane running along the side of the house. 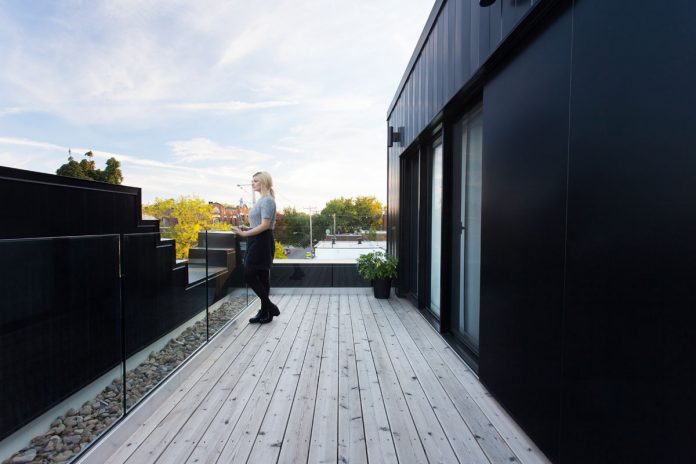 In the second phase of construction, an upper floor was added in the form of a resolutely contemporary structure contrasting with the period façade of the house. The positioning allowed for a wooden rooftop deck overlooking the street running in front of the house. In the rear of the house, a garage was built providing, among other things, a base for the elevated grassy backyard, also with a wood deck. 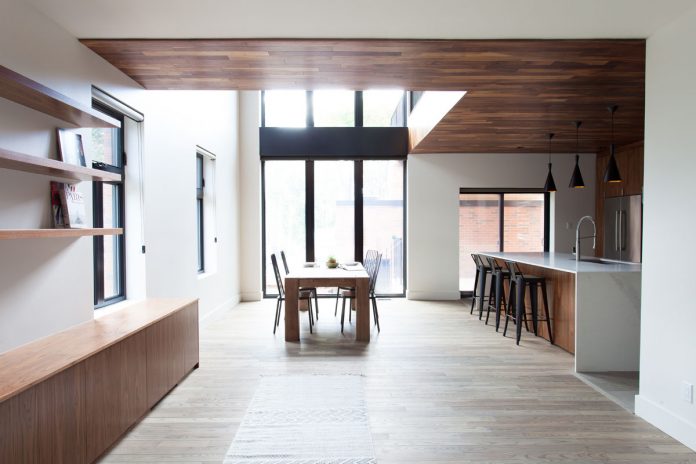 Once the historic requirements were satisfied, the designers had a more unfettered approach to creating a bright, modern, and warm interior. As we’ve seen before, APPAREIL brought their Nordic minimalist design aesthetic to this project with stunning results. First, the different levels were broken up to open the compartmentalized the interior to create a more cohesive relationship between the spaces. Next, custom built-in furniture was used to maximize space, provide continuity, and provide a more refined finish. 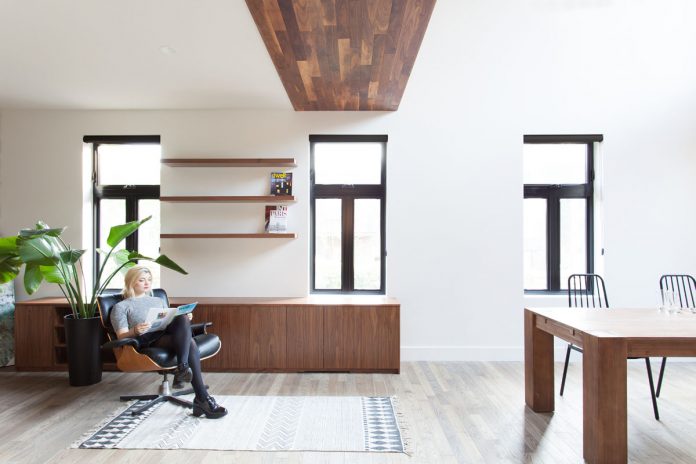 White paint was used throughout for a clean appearance and to brighten the rooms with light coming in from the larger windows. To warm the interior, a light ash wood was used for the floor and accented portions of the ceiling and walls were clad in a darker stained walnut, matching some of the built-in furniture.

The finished result is a beautifully modern home in a historic shell that gives clues to the refined renewal of the home to the casual observer walking down the street. APPAREIL proves, with the right architect, you can have the perfect house in the perfect neighborhood.