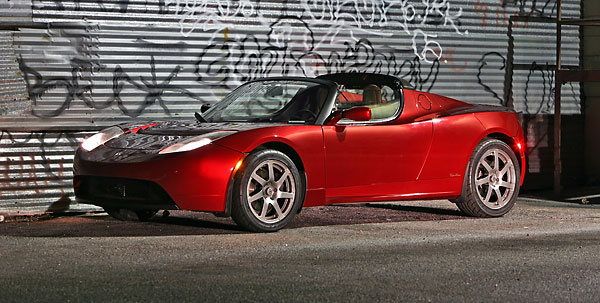 The Tesla Roadster may not be the first eco-exotic sports car, but it is definitely making the most noise. Headed by new CEO Ze’ev Drori and backed by PayPal creator Elon Musk, the Roadster is in full production and ramping up to 100 cars per month by December. Tesla stores have opened in Los Angeles and Silicon Valley with more planned for New York, Chicago, Miami and Seattle. The Tesla Roadster is completely electric boasting a 244-mile range on a single charge and a Lamborghini-dusting 0-60 mph in under four seconds. The Roadster was designed in partnership with the Lotus design team and looks like a cousin to the Elise. The power is supplied by a lithium-ion battery pack developed by Tesla. Tesla Motors debuted the expensive Roadster prior to releasing a daily driver to develop their technology and bring it to market. The goal, however, is for them to become the next great car company. To that end, Tesla is in the design process for an electric luxury sedan; an economy version will follow.