I can’t help it. I see the glowing lines and interior and I think TRON.

Don’t get me wrong, I’m not knocking it. I’m not not knocking it either. I can’t help but think that no one is going to look good in an interior with a blue glow. It’s just not flattering light. But, I digress. What Mercedes-Benz calls the ‘Electro-Look’, is just the dressing of a complete EV ecosystem called Concept EQ. 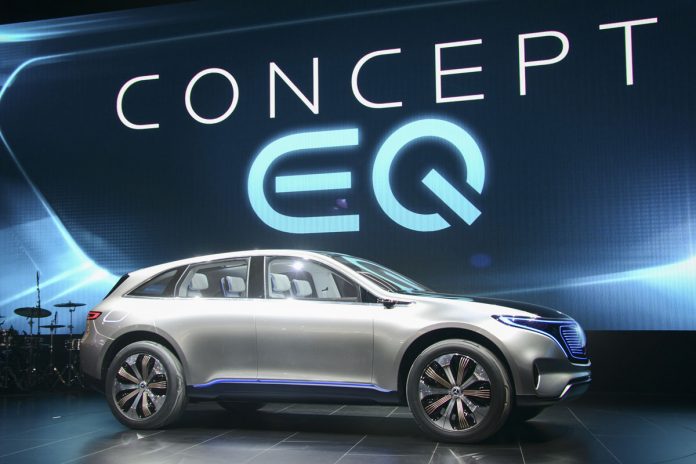 Debuted at the Paris Auto Show, Mercedes-Benz brought their all-electric SUV to the North American International Auto Show 2017 for its American debut. EQ, an electric-themed play on I.Q., is the brand umbrella for all the future battery-electric vehicles and associated products and services. Concept EQ is the frontrunner planned for launch sometime in the next 3 years. 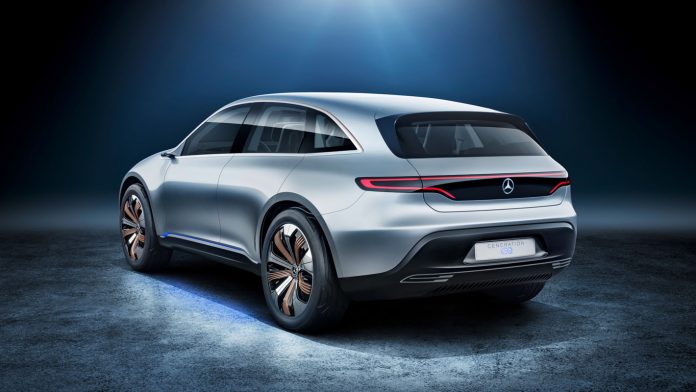 Mercedes-Benz is touting their ‘Electro-Look’ design philosophy as avant-garde, contemporary, and distinctive as well as the design trend for future electric cars. They describe the form of the Concept EQ as ‘monolithic’. Much like the Audi Q8 concept, it combines the size and presence of an SUV with the dynamic, sleek lines of a coupé. The transition flows from the glossy black hood, over the windshield to the dark-tinted panoramic roof. The side mirrors have been replaced by small rear-facing cameras as has the interior rear-view mirror. 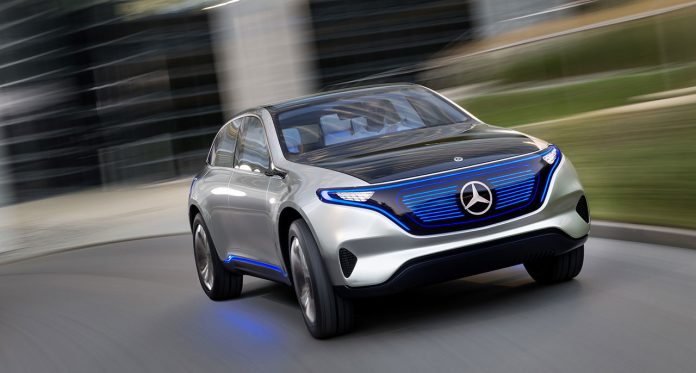 The light signature is an integral part of the electro-look, especially the front black panel grill. The headlights and white illuminated Mercedes star are outlined with glowing blue graphics simulating the lines of a grill, all contained in a seamless glazed design element. The peripheral light strips run along the bottom of the doors from wheel-well to wheel-well. The rear lights have a similar black panel with lined with an LED optical fiber. When the car is at rest, the lines glow in electric blue like the rest of the car, but when the vehicle is moving, the light turns red to act as a tail light. 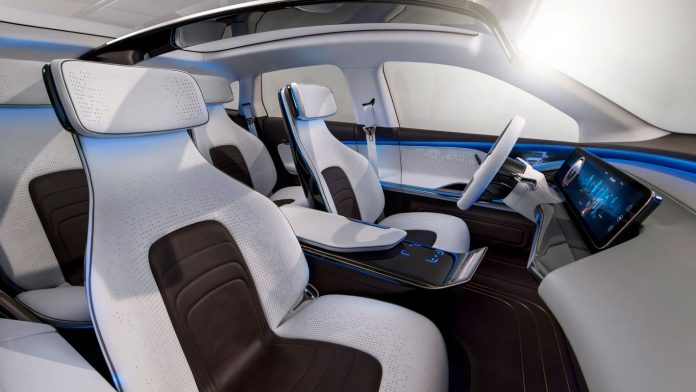 The light signature is continued in the interior of the Concept EQ as well. There are lighting elements in the light strip underneath the windshield, on the side and middle air vents, seats, door handles and interior door panels, on the center console and around the Mercedes star in the steering wheel. The controls are also consistent with the electro-look, using a wide, floating touchscreen display and additional customizable touchscreen controls. 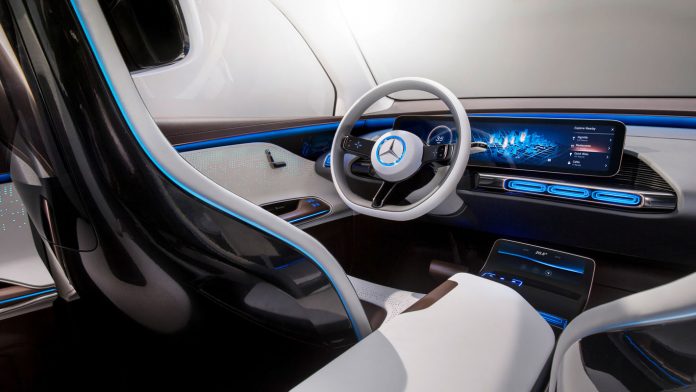 “In 2007, the e-smart was a pioneer of electric motoring,” said Dieter Zetsche, CEO of Daimler AG and Head of Mercedes-Benz Cars. “We’re now flipping the switch. We’re ready for the launch of an electric product offensive that will cover all vehicle segments, from the compact to the luxury class.”

The new generation of Mercedes-Benz electric vehicles will be based on an architecture and electro-look design developed specifically for battery-electric models, which is scalable in every respect and usable across all models, starting with the Concept EQ.