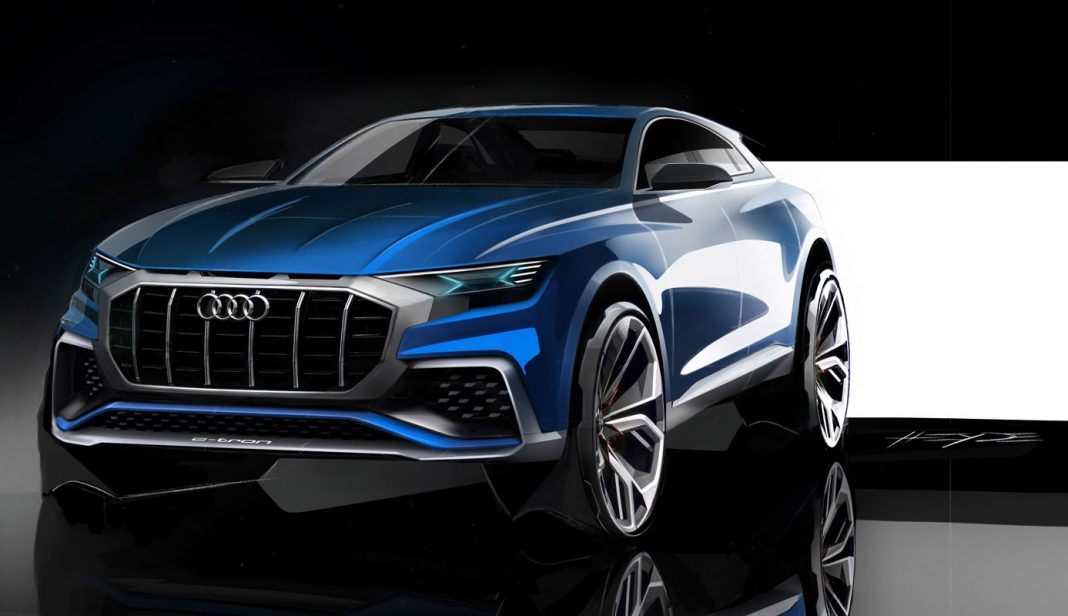 SUV doesn’t mean what it used to mean, and that’s ok. Design needs to evolve with market needs.

To that end, Audi unveiled the Q8 concept at the North American International Auto Show 2017 in Detroit this week. The evolution of the Audi SUV is conceptualized as a plug-in hybrid with the spaciousness of a full-sized sport utility vehicle and the elegant lines of a coup.

Starting at the distinctive front-end, Audi makes full use of LED headlight technology. Removing the design entirely from the typical glass-covered headlights, the flat, wedge-shaped, high-resolution LED headlights appear to be free-floating within the frame. The design matches the surrounding air inlets which have a deep and dynamic appearance like the intakes of a turbine. 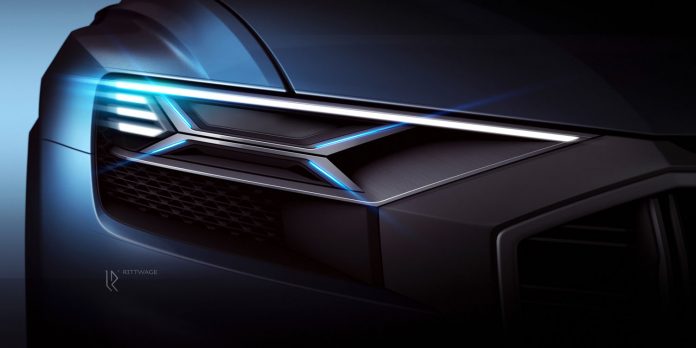 Audi describes the contours of the body as ‘athletic’. All the seams are tight, including the doors with frameless windows to keep the roofline smooth and flat. The doors are also devoid of handles and open with the touch of a hand. The long roof ends with a spoiler shading the flat rear window of the luggage compartment hatch. A strip of lights extend over the entire rear end serves as both the tail lights, with open elements in aluminum blades reflecting the design of the headlights, and brake lights. 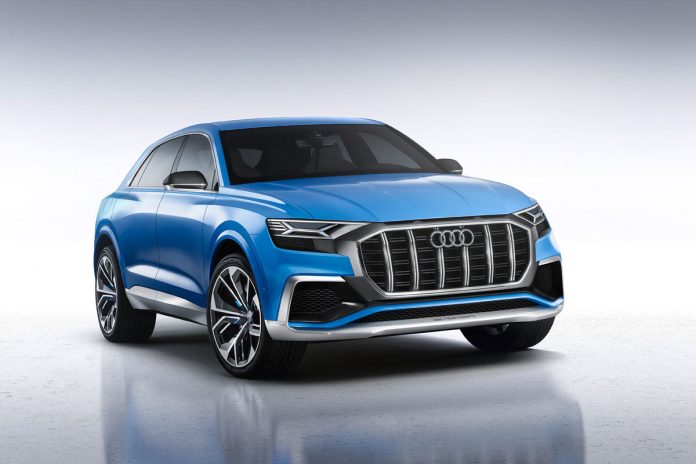 The Audi Q8 concept seats four very comfortably in the spacious interior. The sporty seats in the front, as well as the two individual seats in the rear, create segments giving the driver and each passenger a distinct space. The control concept uses large touchscreens in the cockpit and in addition to an expanded version of the Audi virtual cockpit and a contact-analogue head-up display using intelligent augmented reality technology that merges the real and the virtual worlds. The touchscreens reduce the number of buttons and switches, make for and even cleaner interior. 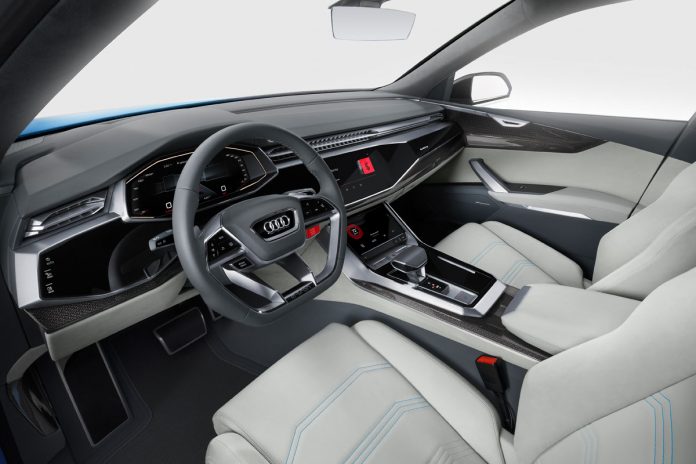 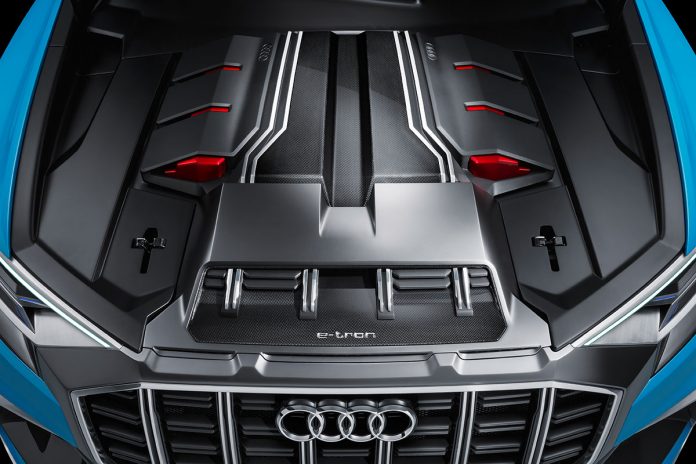 There is a choice of three driving modes: “EV” mode prioritizes electric driving, while in “hybrid” mode the decision regarding the drive type is left largely to the hybrid management system. In “battery hold” mode, it saves the available electric energy for a later time. The driver controls the Audi drive select system via a prismatic satellite button on the flat-bottomed steering wheel.

Unlike some other concepts we’ve featured, this is not a ‘way far in the future’ car. The Audi Q8 concept will go into production in 2018.