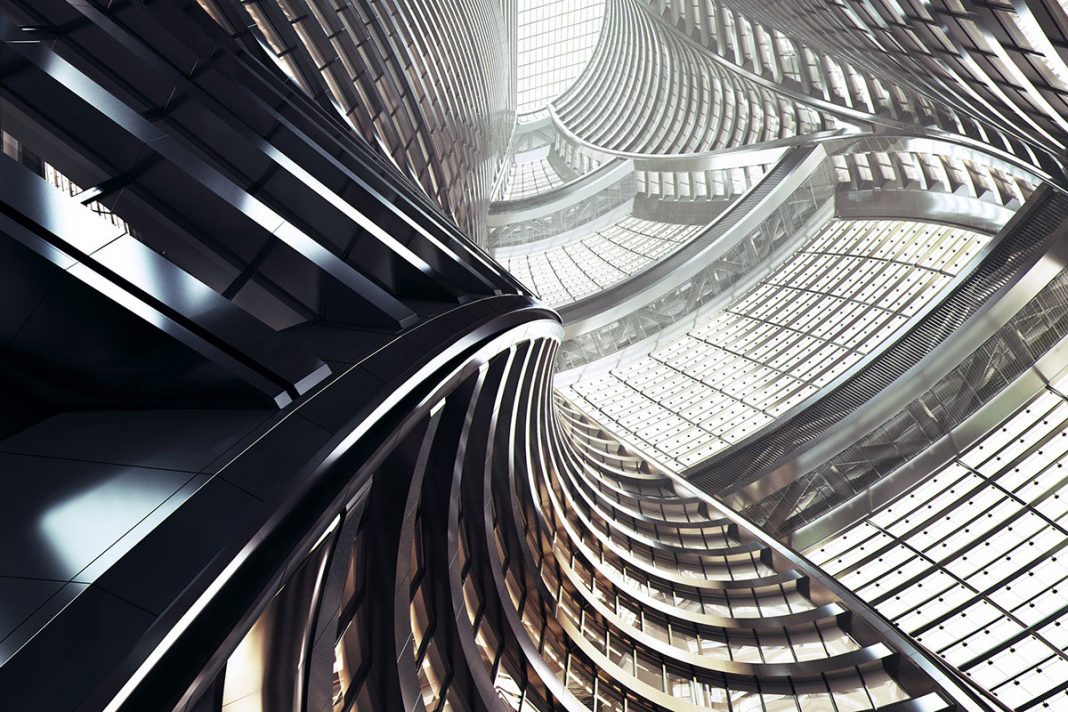 Leeza Soho, a 46-storey mixed-use tower with the world’s tallest atrium, is the most recent of four project collaborations between Zaha Hadid Architects and Soho China that total 15 million square feet of award-winning office and retail space.

“China attracts the best talent from around the world,” said Zhang Xin, CEO of Soho China. “It’s important to work with architects who understand what the next generation requires; connecting communities and traditions with new technologies and innovations to embrace the future.” 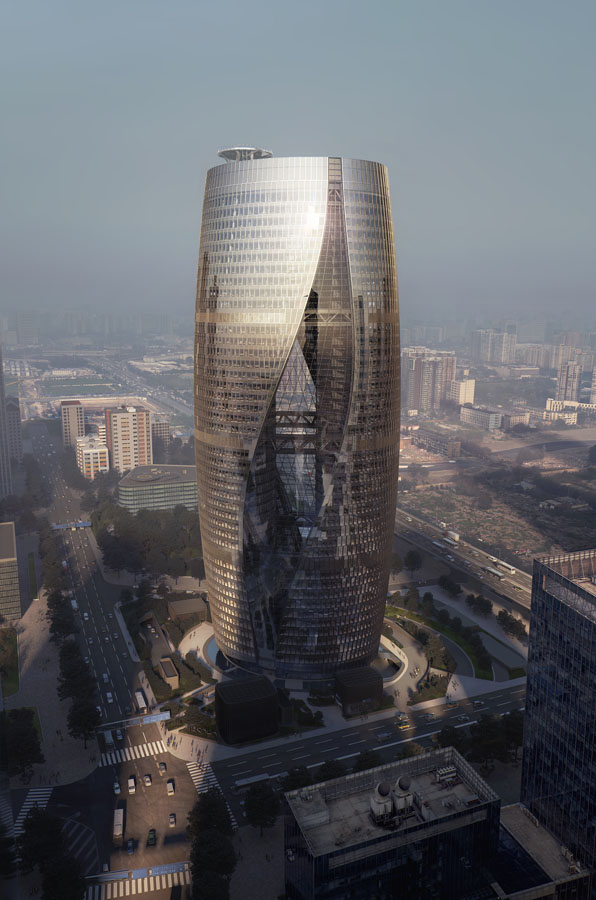 Within the Lize Financial Business District – a new business, residential and transport hub adjacent to Financial Road in southwest Beijing – Leeza Soho is located at the intersection of Lines 14 and 16 currently under construction for the Beijing Subway rail network. Directly above the new interchange station, Leeza Soho connects with the city’s bus network on Lize Road to the north and Lou Tuo Wan East Road to the east.

Anchoring the financial district, the Leeza Soho design has evolved from its specific site conditions. Straddling the new subway tunnel that diagonally divides the site, the tower rises as a single volume divided into two halves on either side of the tunnel. A central atrium – the world’s tallest – extends 625 feet through the full height of the building, connecting the two halves together. Connecting with the interchange station below, this 625-foot atrium will be a new public space for the city. An outdoor, public piazza surrounds the tower, echoing its circular form at the center of the new financial district and welcoming visitors inside. 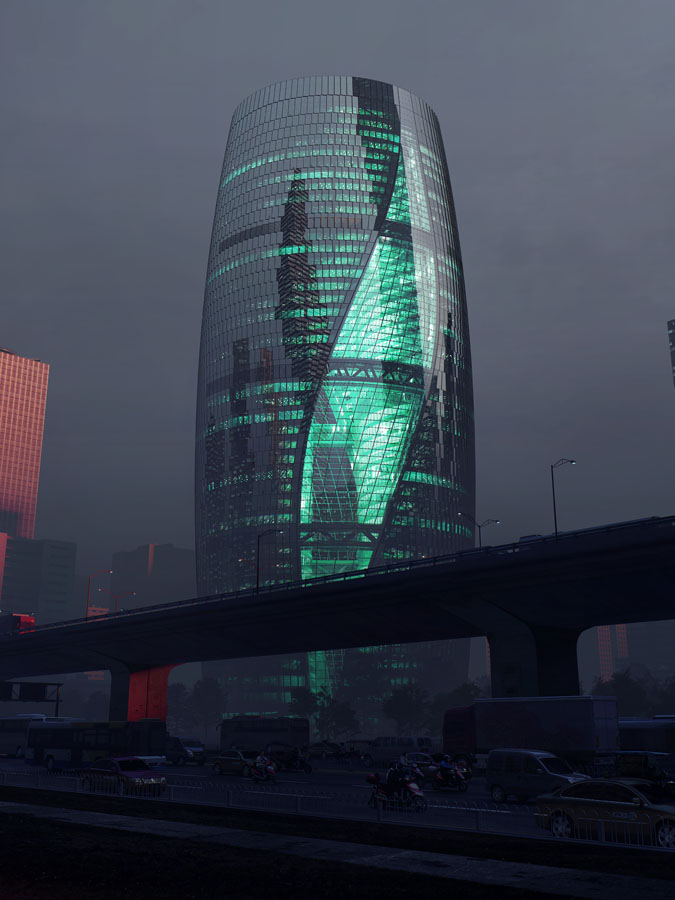 As the tower rises, the diagonal axis through the site defined by the subway tunnel is re-aligned by ‘twisting’ the atrium through 45 degrees to orientate the atrium’s higher floors with the east-west axis of Lize Road, one of west Beijing’s primary avenues. The atrium’s ‘twist’ allows natural light and views of the city from the center of all floors of Leeza Soho. Sky bridges on structural rings at each refuge/MEP level and a double-insulated glass façade unite the two halves of the tower together within a single cohesive envelope. 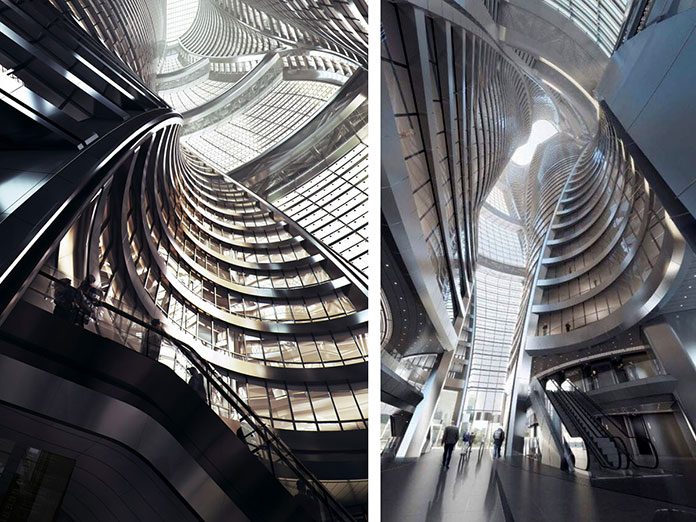 The tower provides self-shading for the atrium’s public space below while double-insulated low-e glazing and envelope insulation maintain a comfortable indoor environment in Beijing’s extreme weather conditions. The double-insulated, unitized glass curtain-wall system steps the glazing units on each floor at an angle, allowing ventilating registers to draw outside air through an operable cavity when required; creating extremely efficient environmental control for each floor.

At the forefront of 3D Building Information Modelling (BIM) in design, construction management, and building operations, Zaha Hadid Architects and Soho China have implemented proven technologies to significantly reduce the energy consumption and emissions of their previous project collaborations. 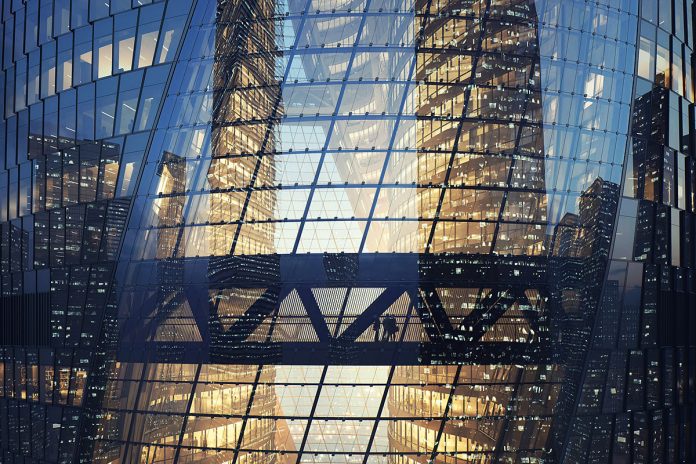 Construction of Leeza Soho has now reached level 20. The building will reach its full 670-foot height in September this year, with the tower’s completion planned for late 2018.