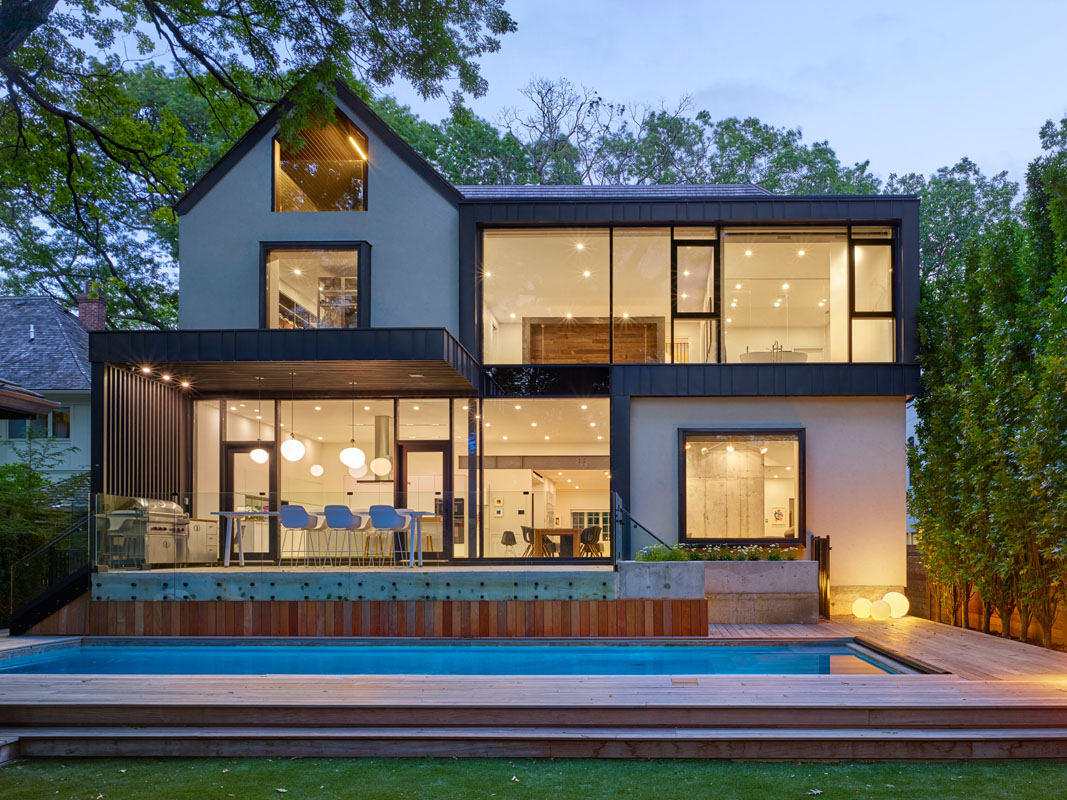 There are two sides to every story. The Bilateral house has a Heritage side and a modern side.

A young couple with three children purchased a lot with a 116-year-old Period Revival home in a picturesque neighborhood in Toronto. The plan was to raze the old house and build a modern gallery-inspired home to display their collections of contemporary art and vintage furniture and décor pieces. Before they could get to work, the city designated the house as Heritage to protect it from being demolished. 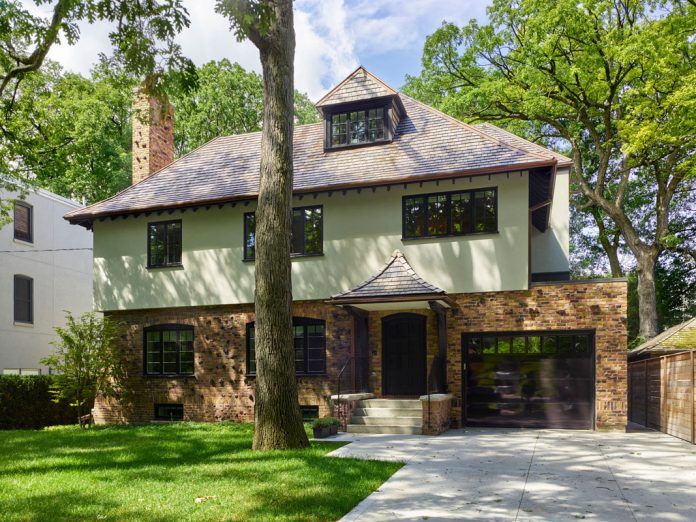 Fortunately, the city’s main concern was preserving the look of the neighborhood from the street so the couple were able to reach a compromise of keeping the front half of the house historic while still realizing their ultimate vision for the new home. The couple enlisted Audax, led by Principal architect Gianpiero Pugliese to restore the heritage façade and design a modern addition in the rear of the house while maintaining a cohesiveness between historic and modern. 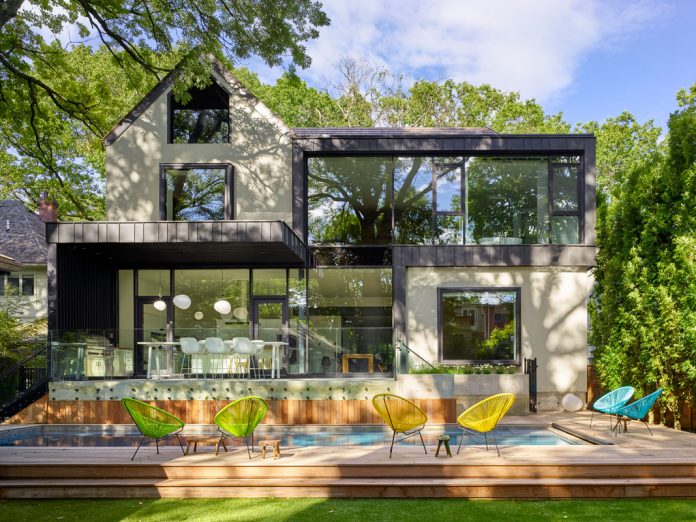 “Bilateral house is characterized by its two unique façades. The main façade is heritage while the rear is distinctly modern. At first glance, each side appears to be different, however upon a closer look you begin to understand how they are related,” said Pugliese.

The old structure needed a lot of restoration work including rebuilding the roof to mimic the original design as well as restored brickwork and new stucco and wood trim. Black metal framing was used as a new material on both sides of the house to bring a continuity as well as add a contemporary element to the historic front. Audax reused brick from the partial demolition to build an integrated garage to match the front façade. 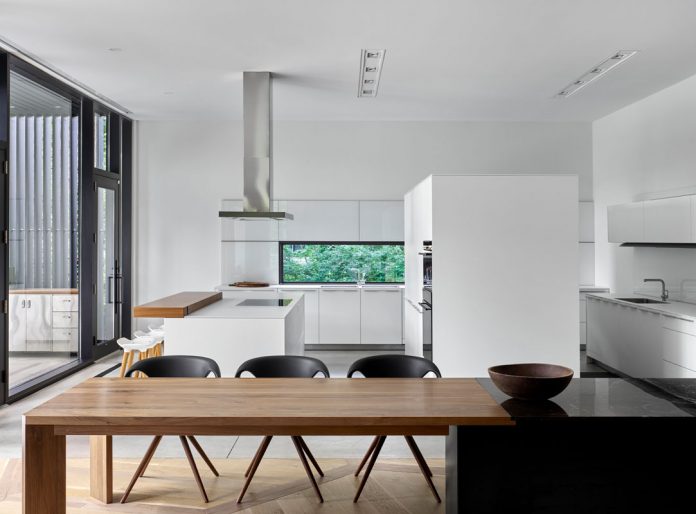 The traditional residential windows and mullions were restored and maintained as were the low ceiling heights in the front part of the house. But, true to the owner’s original vision, the modern addition was designed with an expansive open floorplan, high ceilings, and huge floor-to-ceiling windows. 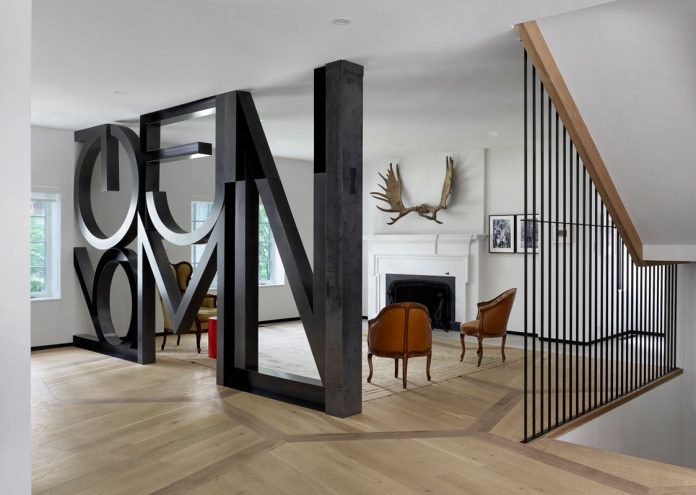 To tie the two sides together, the rear façade was balanced by using stucco on the opposite ends of the modern windows framed with black steel. In addition to the modern lines of the roof over the addition, the architects paid homage to the traditional architecture of the neighborhood with a peaked roof with a gabled end with a peaked window containing a third-floor private retreat. 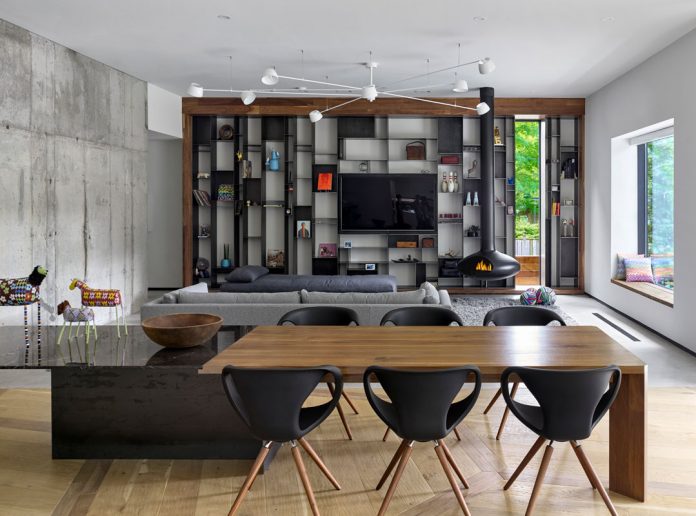 Much like the exterior architecture, the interior design was created to acknowledge the historic nature of the home while also meeting the homeowners’ desire for a modern gallery aesthetic. This was accomplished by integrating old and new elements throughout both sections of the home. The juxtaposition of raw and rough materials with refined and smooth materials were expertly utilized to achieve this duality. 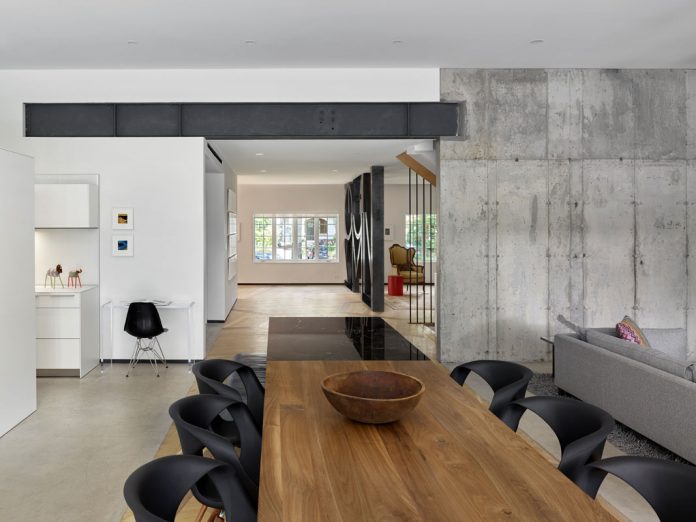 One example of the juxtaposition is the traditional wood flooring from the heritage portion is extending into the modern addition through the center axis of the house. The wood floor is flanked by polished concrete floor on either side to create a modern contrast. 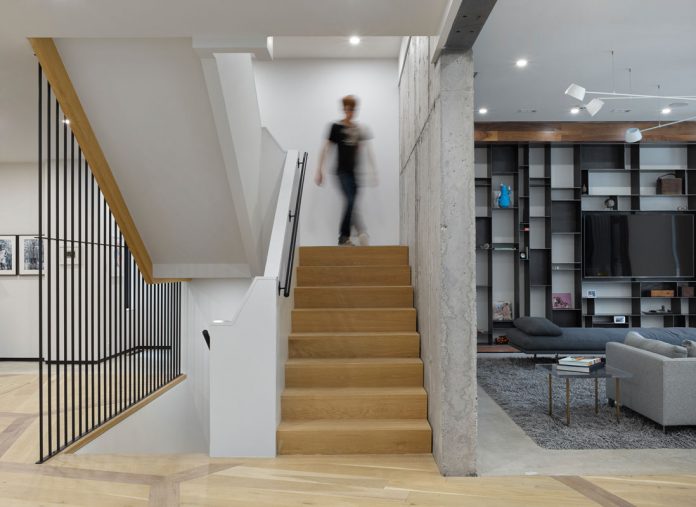 The main staircase sits at the intersection of the old and new sections meet, highlighting the location where the two halves of the house come together. The staircase also features a mix of rougher and refined materials through an exposed concrete wall and unfinished steel beam contributing to the modern section’s loft-like gallery feeling. 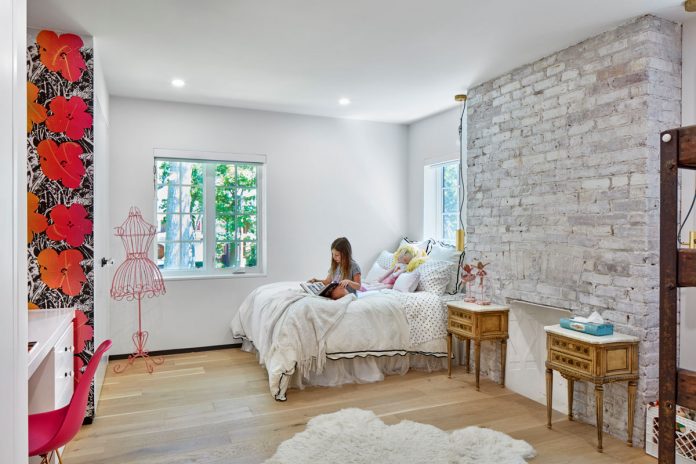 The three children’s bedrooms are on the second floor in the heritage side of the house and have three identical sliding doors lined up in a row. Since all three are girls, the design of the shared bathroom smartly included three sinks and make-up stations and colorful geometric-patterned tile. 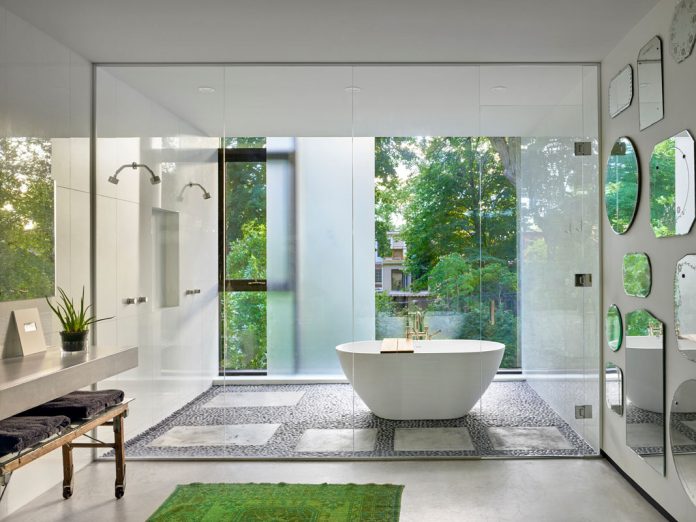 The ideas of heritage and modern and gallery-like and children seem like completely incongruent design goals. But, Audax expertly designed a home juggling the mandates of the city Heritage building codes, an art collecting couple, and three children to create a space to satisfy everyone while maintaining continuity in design.