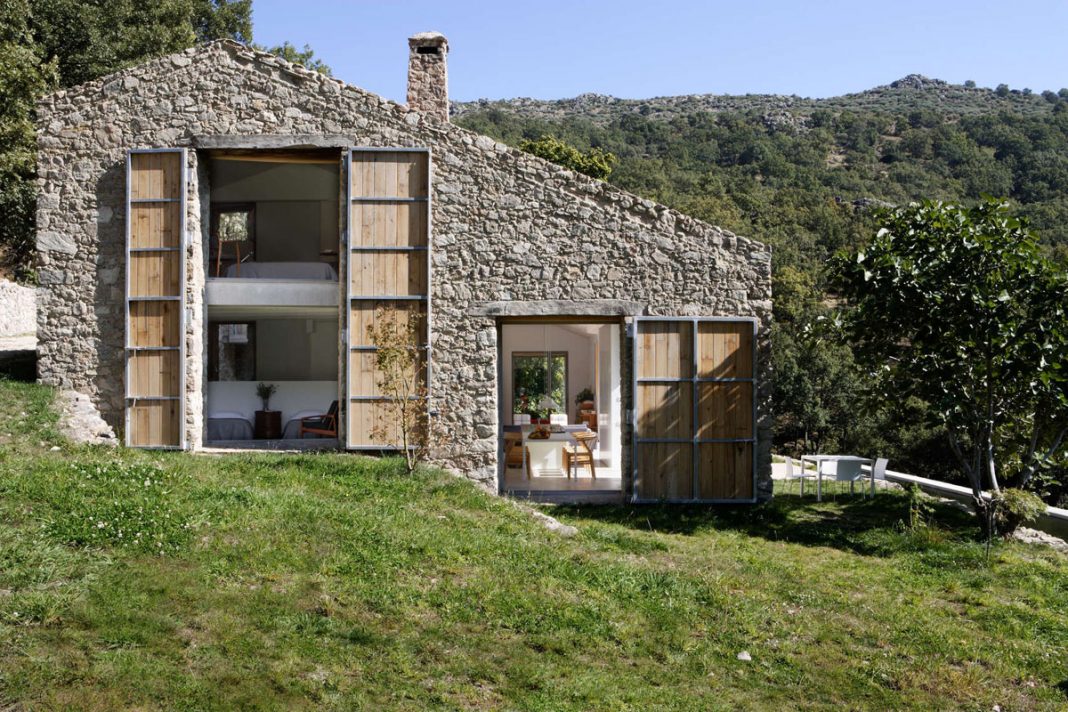 As trendy as ‘going off the grid’ is these days, sometimes it’s just a fact of life.

When a Spanish brother and sister who are partners at Madrid architecture firm, Ábaton, decided to buy some property for a country retreat, they found the perfect parcel in the hills near Cáceres, Spain. The caveat to the property was that it was too far away from city water or an electrical grid. Fortunately, the property had two streams running through it with water year-round which gave them the means to design a completely off-grid house. 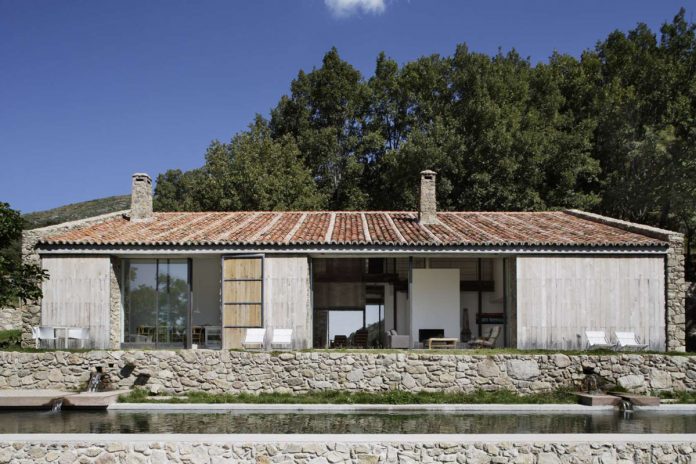 The harsh area was devoted to raising cattle and is dotted with very old stone stables, most of them crumbling to the ground. The purchased property has one such stable that was so dilapidated, they were forced to finish the job time and the elements started, and demolish the original stable. A new structure was built in the same size and shape of the original using the reclaimed stone and wood, fortified with steel and concrete. 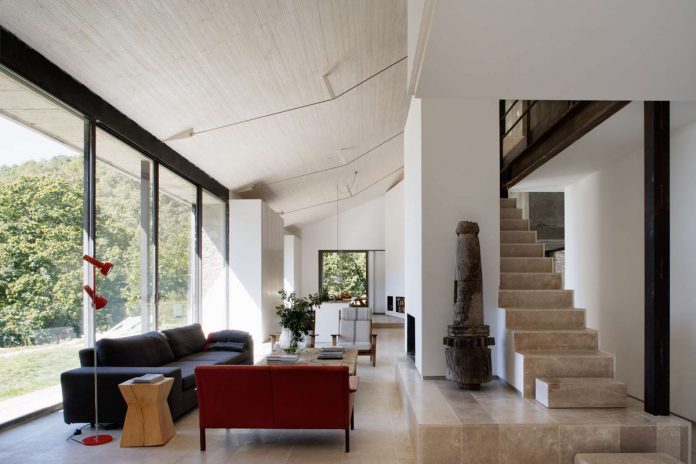 For power, Ábaton specified a combination of hydro and photovoltaic. The solar panels provide a majority of the power in the summer while hydro power is depended on to step up during the winter months. The two streams flow under and through parts of the house and through small turbines to generate electricity. 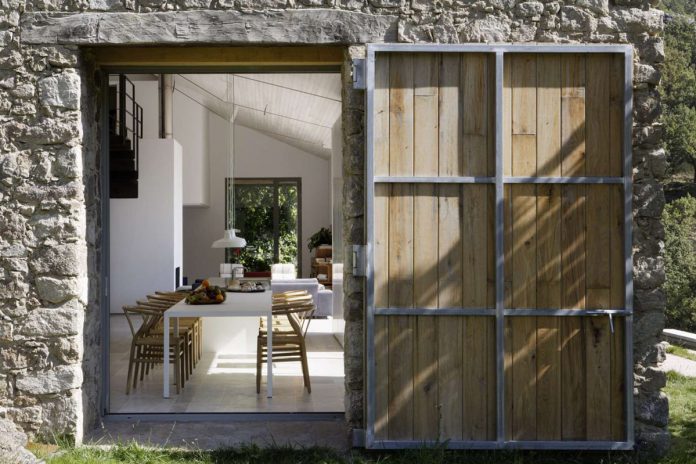 As it turns out, the original southern orientation of the stable was perfect for creating an efficient house to reduce the energy needs. During the summer, the generous eave prevents much sun from entering the interior keeping it cooler, and in the winter, the large windows let in the sunlight to warm the house. Large wooden shutters can be slid closed over the large windows to block sunlight out in the summer and close the day’s heat in at night during the winter. 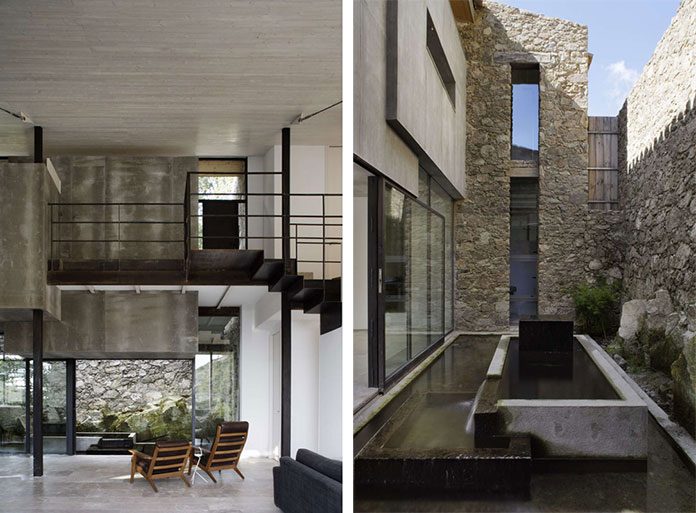 In addition to providing power for the house, the two stream also provide fresh water. Fortunately, the house is the highest inhabited structure on the hill so the water coming downstream is pure enough for drinking and bathing after basic filtering. The swimming pool in front also acts as a holding tank for use in irrigation.

Watch this video for more information about the house and its layout: