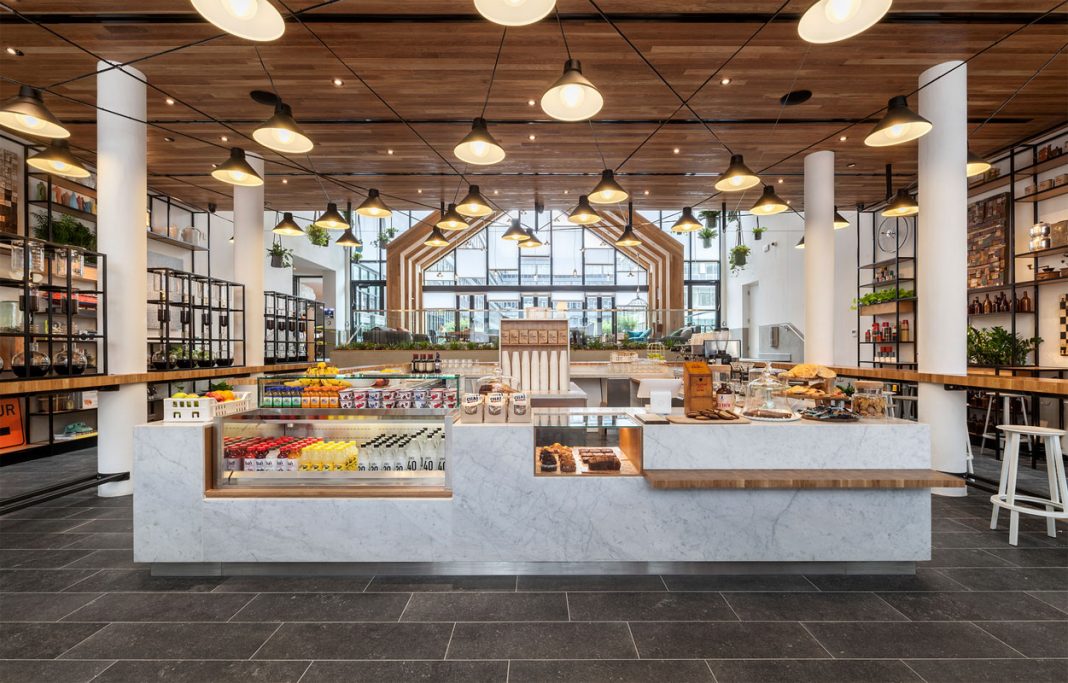 Staten Island just got a little more livable and a lot more Euro.

Developer Ironstate approached Dutch design firm Concrete in 2009 to create an environment that more than adequately meets the needs of the modern resident, offers higher value for the money and facilitates a more positive way of living. The emphasis was on a holistic approach to creating a living space to reflect the characteristics of flexibility, community, and sustainability. The goal was to create a residential concept that offers a premium and truly connected living experience at an affordable price.

Urby sounds cute, but it’s not so much cute as it is really cool. It was designed as a living community as well as a destination for the neighborhood. We’ll get to the well-designed apartments in a minute, but let’s start with the community features–and there are plenty.

As you approach Urby from the street there are two buildings. A smaller one on the right and a huge one on the left. The entrance to both are mirror images of each other with natural wood beams in the classic shape of a house protruding from the glass and steel façade. 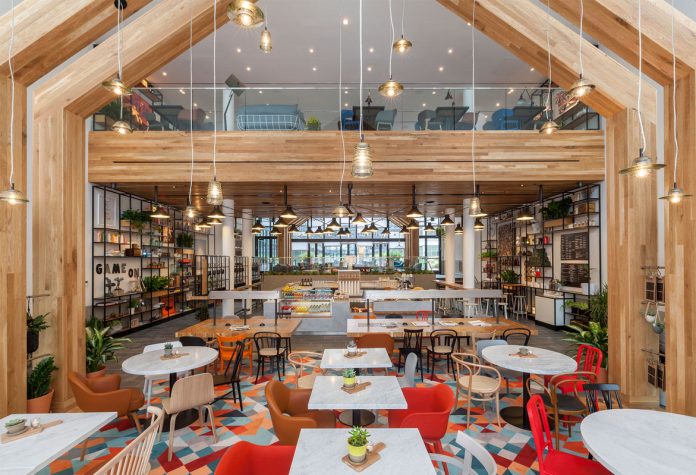 Enter to the right and behold a bodega that looks like it was lifted from the modern shops of Amsterdam. Residents and local shoppers from the neighborhood can find the basics from butter to toilet paper. Behind the bodega is a large community kitchen where a chef-in-residence teaches cooking classes and holds culinary events on the weekends. One of those events is a weekend farmer’s market featuring produce grown by the farmer-in-residence in a large garden right on the property. 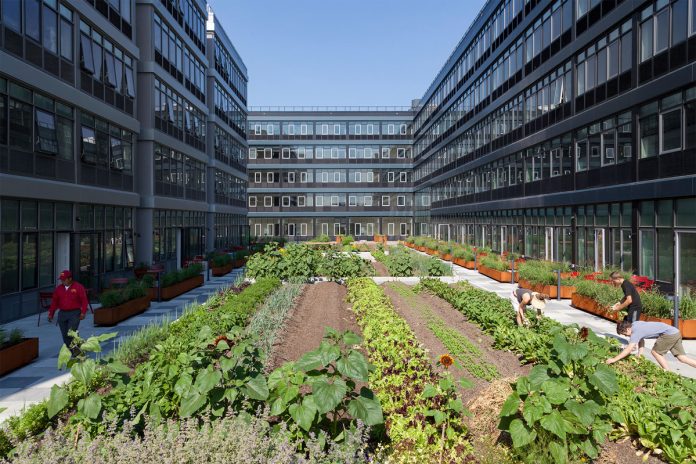 The building to the left contains a coffee shop that would make any Starbuck’s jealous. The wooden beam shape is repeated in the coffee shop with a wood and marble counter dominating the center of the space. There are shelves everywhere with curated books and objects decorating the shelves. The coffee shop is also open to the public but there are plenty of chairs and tables for all. If it gets too crowded, there is a loft lounge above the coffee shop for residents only. Several restaurants and retail are planned for the spaces surrounding the coffee shop and bodega. 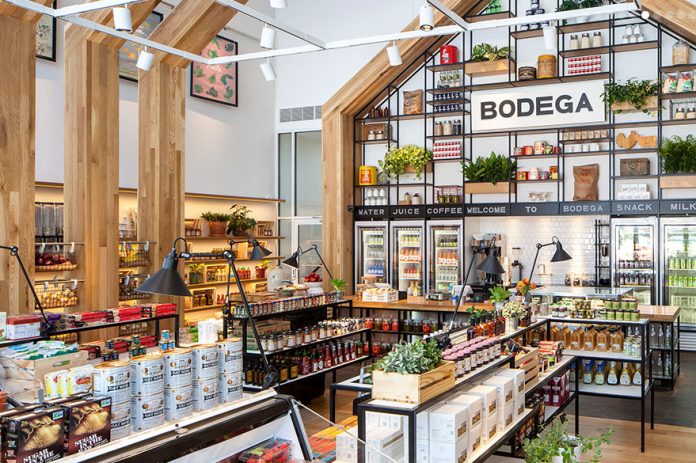 Unlike us, Concrete started out with focusing on the apartments. The design team created Small (studio), Medium (one-bedroom) and Large (two-bedroom) units. In order to test functionality, flow, and setup, several mock-up apartments were built in a Jersey warehouse. In 2012, Concrete and Ironstate completed a 48-unit building in Jersey City and started renting the apartments out to gauge market response and collect user feedback. In 2011, Concrete started working on the Urby Staten Island project, applying the learnings from the test building to the first official Urby building. 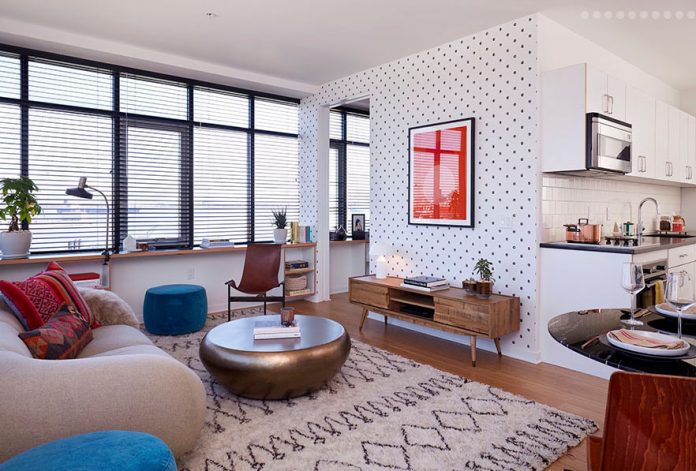 The apartments are very clean and designed with efficiency of space in mind. There are built-ins included for shelving, storage space and counter tops which can be used as a desk. The emphasis was put on the studio apartments and it shows. The layout makes the apartment feel much larger than the just over 500 sqft the living space is. 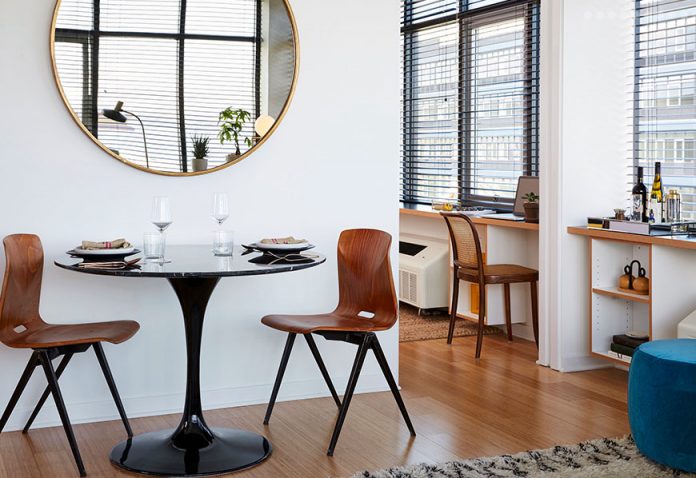 The developer wanted to create something that would keep people in Staten Island. It could be a self-contained community in a fantastically designed environment. Everything about Urby is very European in a good way. It’s quite a surprise to find it on Staten Island. Maybe Urby will stand as proof of what Staten Island could become.