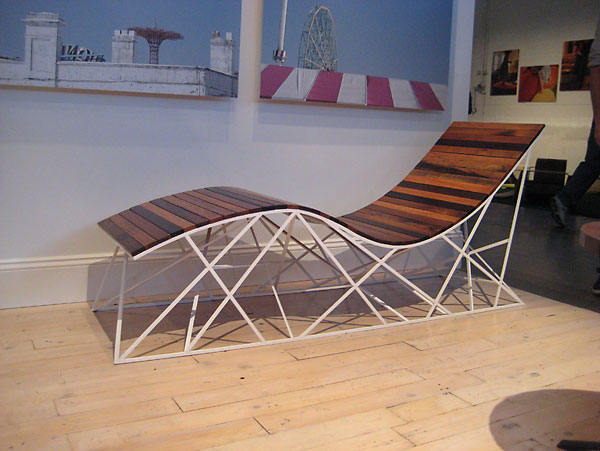 The spring design season has officially kicked off with the opening of BKLYN Designs this morning. I was able to attend the press preview and avoid the (hopefully) crowds. We will have a full wrap-up of the show next week. But for now, I wanted to share a couple of things that caught my eye right off the bat.

ROCKPAPERROBOT had a couple of cool things in their space, but the Gleam chandelier caught my eye. Originally, I like the animatronic nature of it but as I watched it move, I realized the functional aspects of the chandelier expanding to widen the  area of light.

Check out this video:

The other thing that caught my eye right away was the Coney Island line by Uhuru Design. The new line is crafted from reclaimed wood from the demolished Coney Island boardwalk and inspired by the duality of the whimsical, colorful summers and melancholy winters.

Cyclone Lounger Named after one of Coney Islands last remaining functional rides, the lounger plays off the organized chaos of the ride’s structure.

Wonder Coffee Table I loved this coffee table that can double as a giant Lazy Susan. Made from wedges of lpe wood from the 1940s boardwalk, the table has an open ball bearing and a scalloped metal base. It looks like if could have been part of a ride. 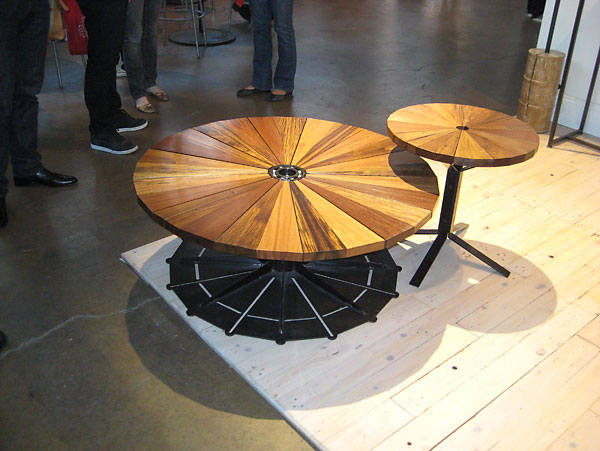