Ask any architect, they’ll tell you a large portion of their job is about solving problems. The better the architect, the more elegant the solution. When Luxembourg architecture firm, Metaform Architects was considering the design of a 15-unit apartment building in Dommeldange, Luxembourg, they needed a solution for two distinctly different problems.

The first problem was one of perception. Most people prefer single-family homes because of the privacy and space but, in a quickly developing urban area, cost and space can necessitate ‘settling’ for apartment living. The perception of an apartment is typically living in a box without much light, privacy, physical space, or sense of community. 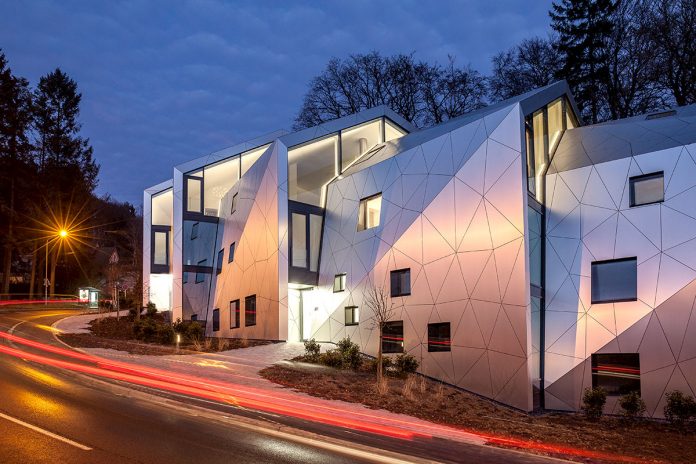 The second issue was the site topography and existing regulations. The area building regulations specify a simple single-block building with two stories and a basement. However, the building site is located on a curved street with a steep downward slope of over 30-feet. There are also 300-year-old trees on the site that are designated landmarks. Rather than make the regulations and topography and additional problem to solve, the team at Metaform turned them into part of the solution. 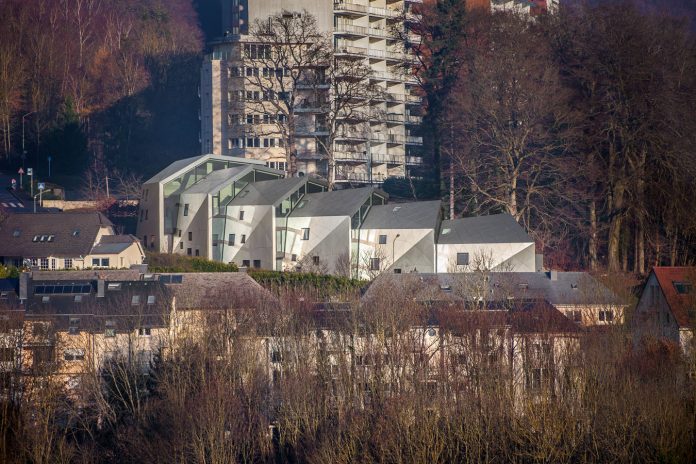 Always keeping the context in mind, the apartment building becomes a transitioning line between the large-scale apartment block on one side and the small-scale houses on the other. Rather than one large block of apartments, the main volume has been split into six smaller blocks, vertically shifted down the slope. The volume splitting and shifting were carefully planned to create large windows for an abundance of natural light and panoramic views of the landscape and the city. The positioning also affords residents extra visual privacy and the offset creates a purposeful misalignment to the interiors to increase acoustic privacy. 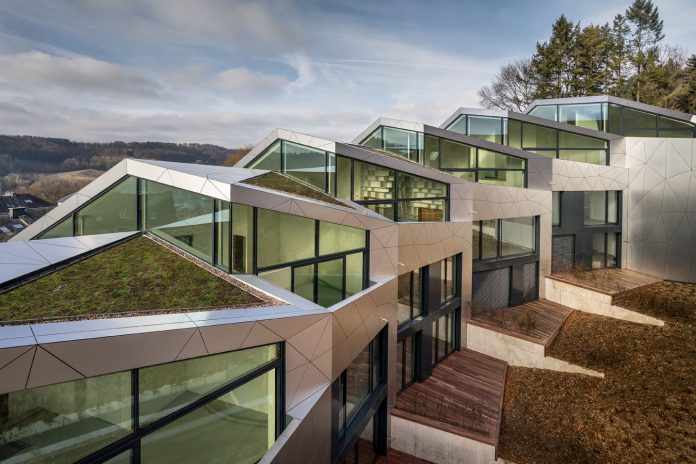 By dividing the volumes, the long horizontal corridors are eliminated, which can often be dark and reverberate unwanted sound. Instead, three vertical cores connect the underground parking directly to the apartments. This allowed for a three-sided configuration of the apartment versus just a front and back. The underground spaces also allow for ample storage space for each apartment. 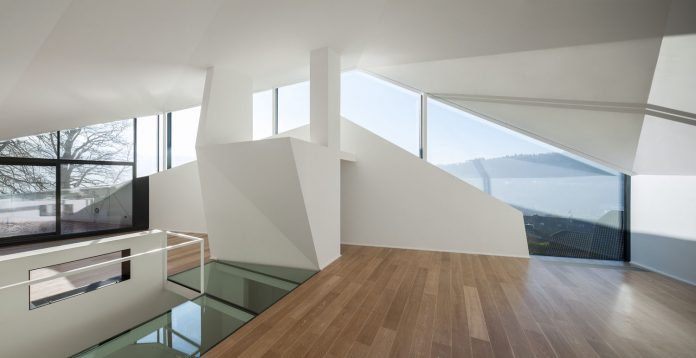 With all other issues addressed, the sense of community is facilitated with common indoor spaces including a common kitchen, leisure room, and games intended to improve social interaction and a sense of community living, on an individual voluntary basis, while preserving the privacy and peace of others. 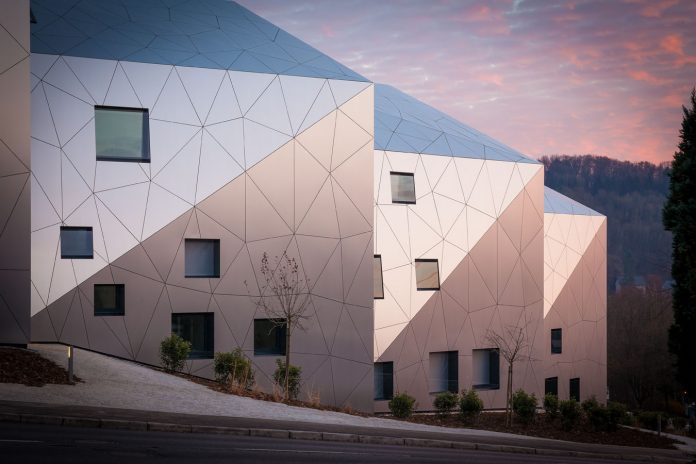 Much like the Metaform-designed BOOS Beach House, the overall design has a little bit of an origami feel to it. The structure is provided by reinforced concrete with mineral fiber insulation. The ventilated façade is faced with triangular aluminum panels for minimal maintenance requirements. Triple-paned glass windows with a UV coating prevent the apartments from overheating in the summer while the orientation provides plenty of warming sunlight in the colder months. Rounding out the sustainability considerations, a centralized ventilation system and solar water heaters ensured that the building would receive a Class B-B low-energy classification. 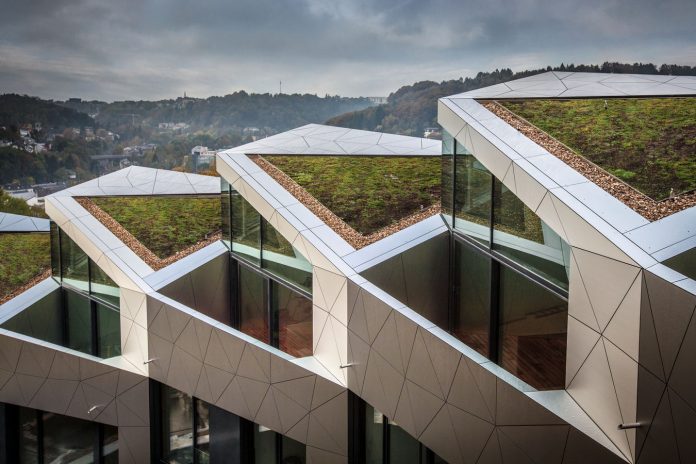 By using the site topography as an asset, Metaform was able to experiment with forms and volumes to design a collective housing building that afforded the residents their space and privacy while fostering a sense of belonging and community.