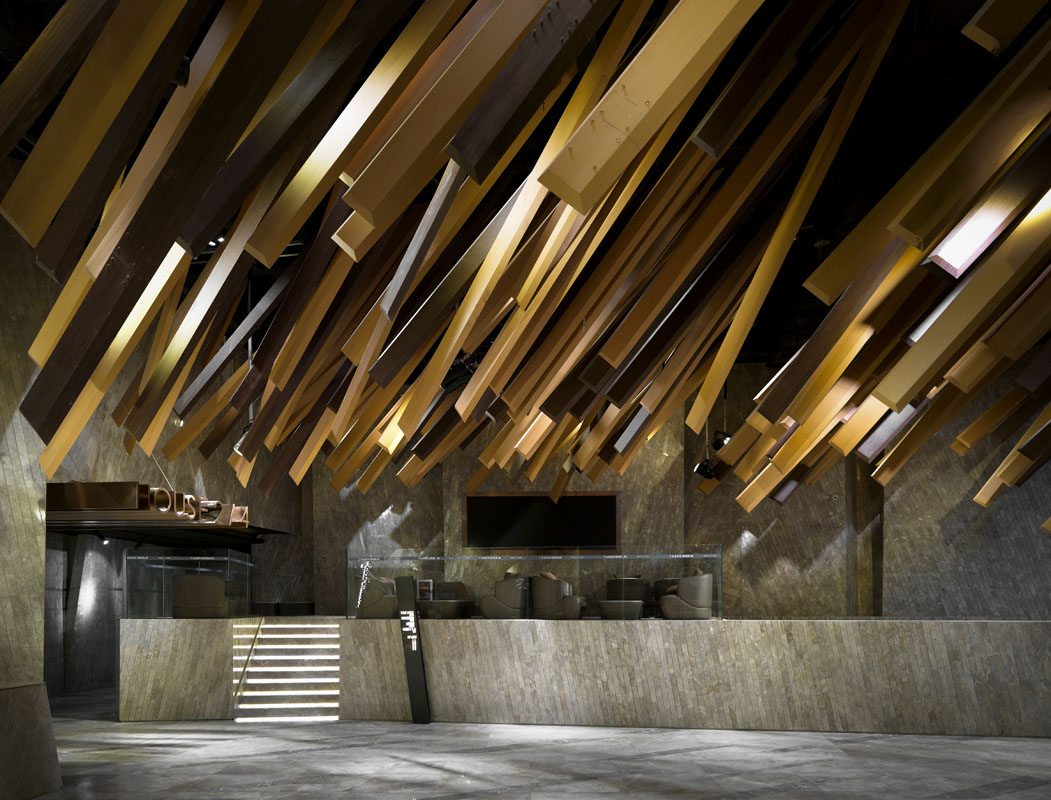 Everyone has made a wish on a falling star at some point in their life or, at least, thrilled at catching sight of the bright trail of light when one of these meteors enter the Earth’s atmosphere. This beautiful scene only appears in the sky for a very brief moment, and then vanishes without leaving any trace behind.

Meteor Cinema is a 2-storey cinema located in a shopping mall in Guangzhou, China designed by award-winning, Hong Kong-based design firm, One Plus Partnership Limited. The process of filmmaking reminded the designers of a meteor. A movie takes years to be completed; it is comprised of the hard work of a big team of people. The designers wanted to pay tribute to the filmmakers through the design of this cinema, to remind the audience of the passion and effort filmmakers have cultivated into their relatively short-lived enjoyment. 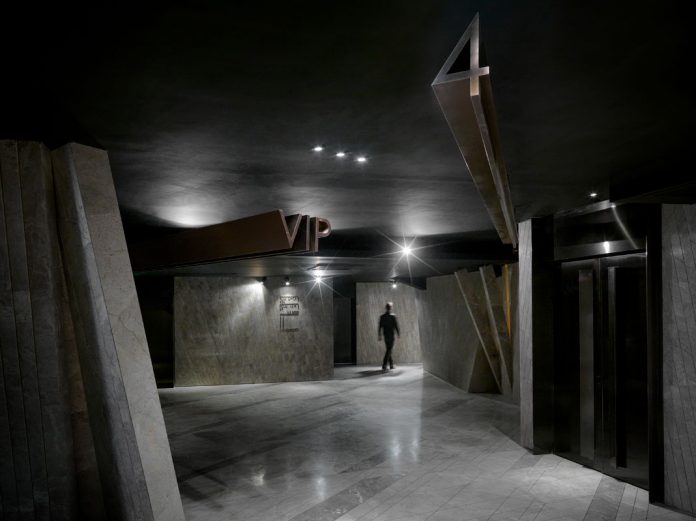 In the lobby, long rectangular-cuboid decorations extend from the ceiling, mimicking the motion of a meteor shower streaking through the sky. To enhance the three-dimensional vibrant atmosphere, the rectangular cuboids point in two directions. The designers repeatedly adjusted the length and direction of these cuboids both on the computer and on set, to ensure that every piece is displayed at the right angle for the best overall effect. To create a sense of movement, the edges of the cuboids are slightly slanted. The meteor shower looks as if it is falling very quickly with this sharper edge, creating a dramatic contrast with the fact that the ceiling feature is frozen and motionless in real life. 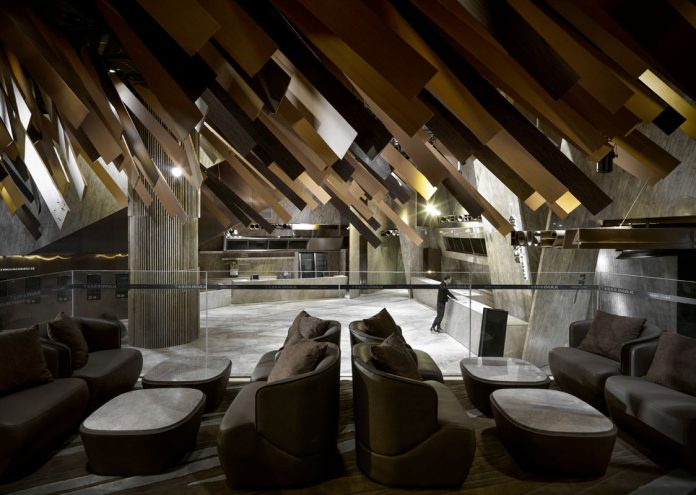 The designers adopted an earth color scheme to create an elegant atmosphere. Instead of using wood, which would inflict fire regulations, aluminum was used in creating the ceiling feature. These aluminum plates are coated with wood patterns in two different shades of brown to create a wood-like effect. 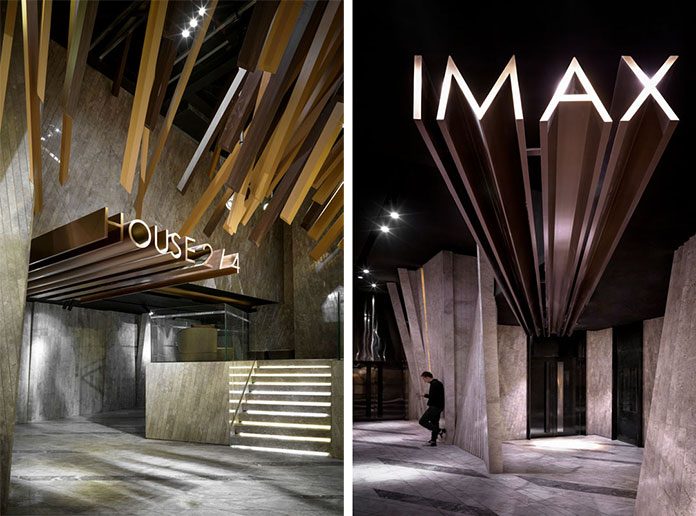 The meteor shower is transformed into flat rectangular shaped-stones in the corridor, which look as if they are growing from the ground. The designers used this shape to illustrate another possible configuration of the meteor shower in a dynamic way. 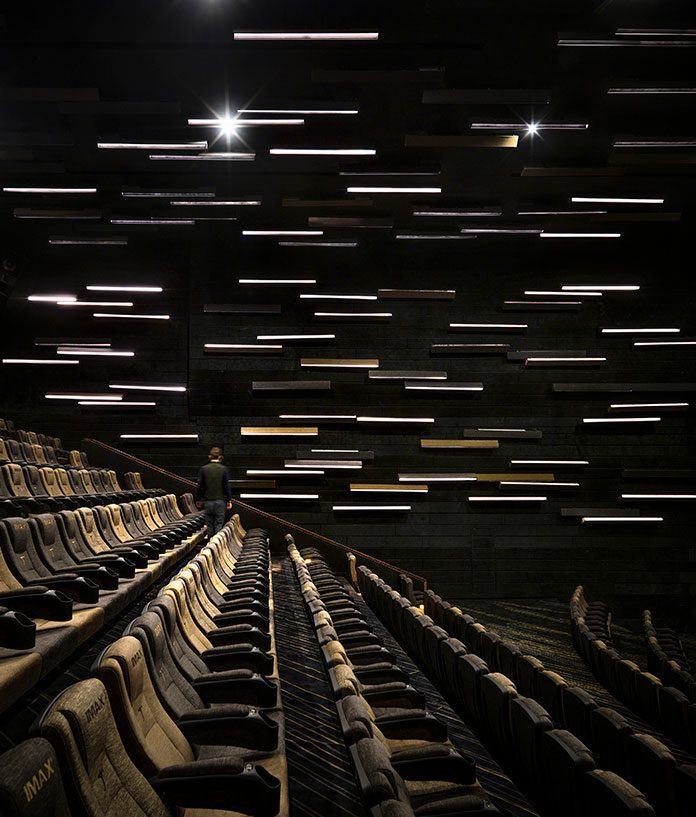 Through the design of Meteor Cinema, the designers have captured the short-lived meteor shower and presented it as an eternal installation. With matching decorations and signage design, the theme of meteor show is presented in the entire cinema in a harmonious and elegant fashion.

[photography by Jonathan Leijonhufvud courtesy of One Plus Partnership Limited]

From Dutch Farmhouse to Contemporary Home and Studio