That’s the solution the architects at Studio Farris came up with when commissioned to design a renovation to a historic Belgian farmhouse. The original farmhouse had four buildings, two of which needed to be torn down. The architects concentrated on the renovation of the original 18th-century stable and a newer adjacent house built in the 1960s. 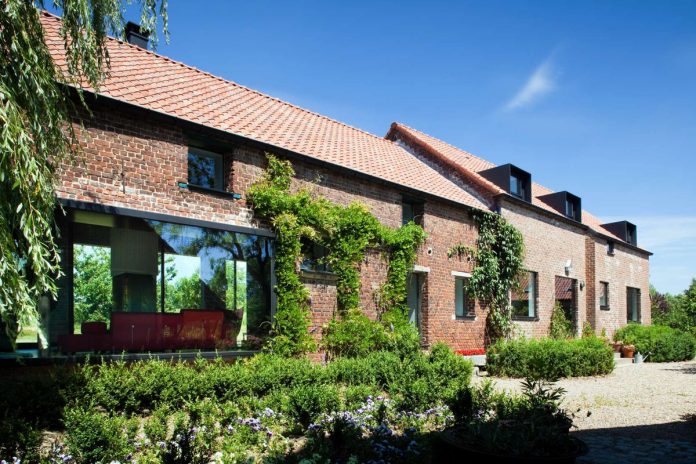 To start with a fresh canvas, the windows were bricked up and then new windows were cut in the façade according to the new design. In addition to creating a patchwork of old and new scars that show the farmhouse’s history, it also ensured each area of the house had plenty of light. 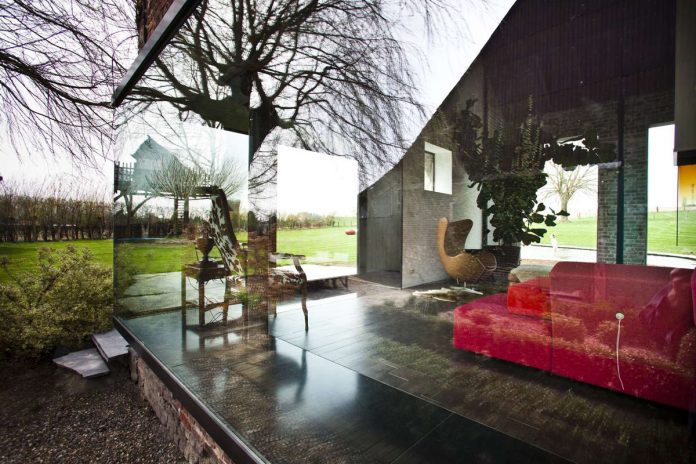 For the main part of the house, the architects designed a box inside the box of the house. Part of the reason was to avoid any chemical reaction with sulfates in the ground and it also served as a way to maximize the efficiency of the new home. 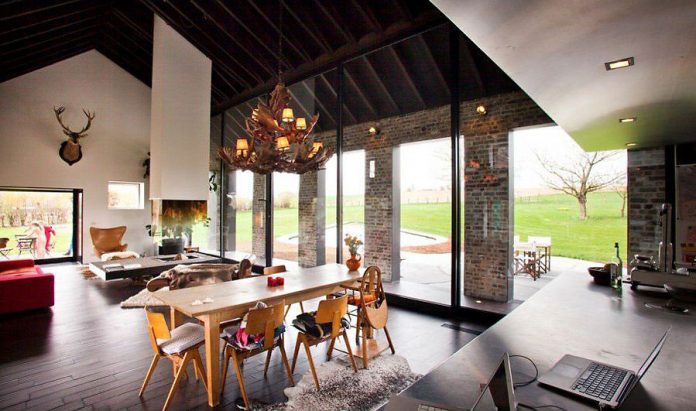 The inner box is made mostly of glass and steel. It is contained within the original stables on the back side of the house but punches through the front side at the corner. The glass box inside the main shell of the stables gives the renovation a decidedly modern feel but also serves the purpose of letting an abundance of natural light in and opens the room to the surrounding views. 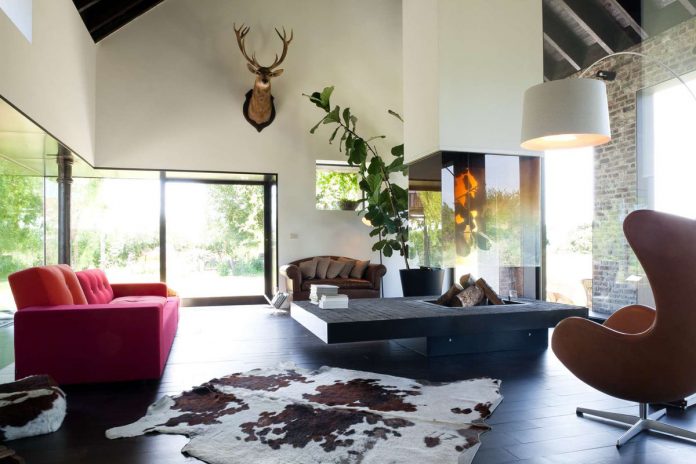 In the heart of the living room is an immense suspended steel fireplace with a stone hearth below. The interior is decorated with classic mid-century modern furniture and décor, including an Arne Jacobsen Egg Chair as the centerpiece. 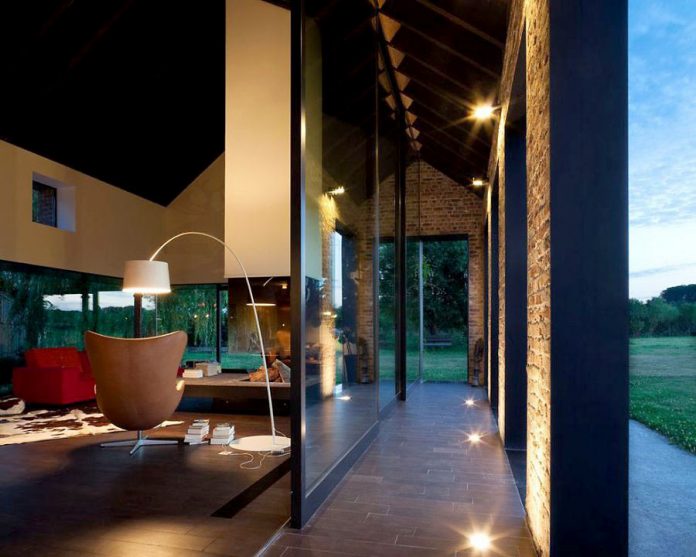 Large sliding glass doors lead from the inner room to the exterior brick structure that creates a walkway around the building exposed to the air but still under the roof of the main house. Beyond that, the backyard stretches out with an elongated pool giving unexpected perspectives.