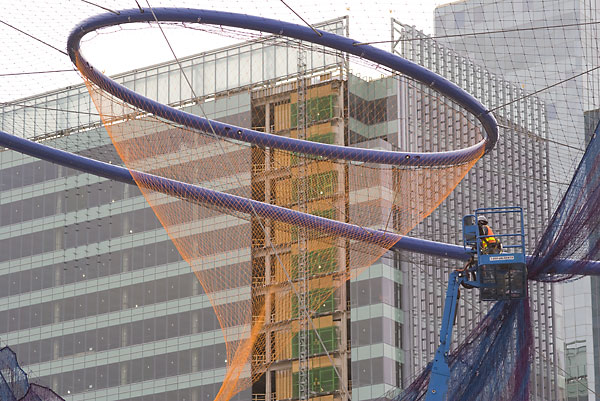 Things seem to be progressing nicely at the downtown Phoenix Civic Park. The last of the concrete was poured today, the sod was rolled out for the grassy areas earlier this week and it looked as though the problems with the netting for Janet Echelman’s centerpiece had been corrected and was well on it’s way to being completed. Not so fast. Apparently, there is still a problem with the fit, as the workers are in the process of taking the netting back down. 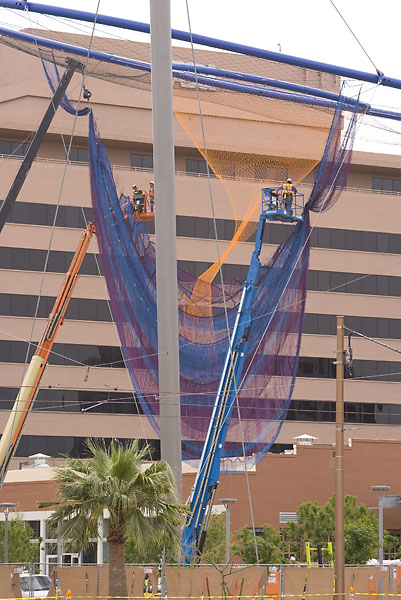 It is unclear whether this will cause a delay in the opening of the park, scheduled for opening sometime in March. The park itself should be ready before the month’s end but the last problem with the sculpture took nearly a month to correct. 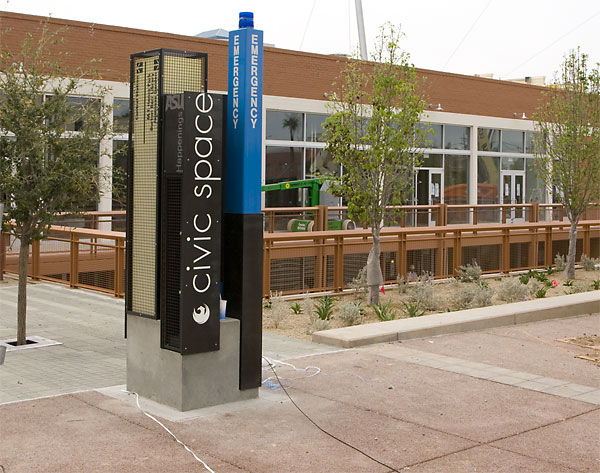