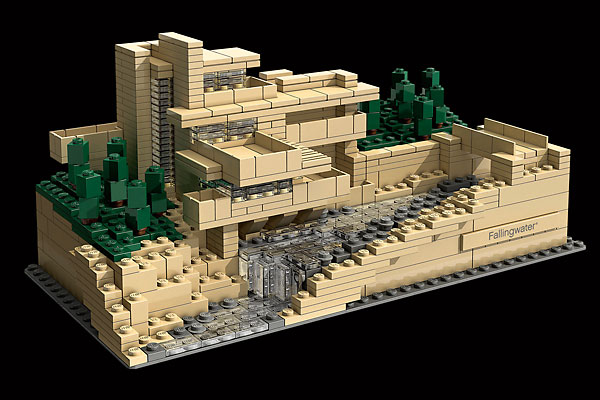 When I was young, my go to toy was a big box of Legos. A mish-mash of colors, shapes and sizes of bricks were at my disposal. I had corner pieces, bricks with holes for wheels and even slanted pieces for roofs. If I wanted a toy my mom wouldn’t buy for me, I would make it out of Legos.

I never had a specific Lego set to build a car or a spaceship. I just had a box of bricks and a multitude of foundation pieces. The resources I had, lent themselves to building houses. I mostly built ranch-style houses with flat roofs because I only had enough slanted pieces for a small roof.

I can’t really say what I learned about architecture from those Legos but I did learn about building. I learned that if I offset the bricks my walls would be stronger than if I stacked the bricks lined up (sounds pretty basic but it was a profound discovery for a 5-year-old). I also learned to make bigger windows to save bricks for bigger houses. I learned to use the resources I had and did some pretty imaginative problem solving to complete my Lego projects. Writing about it now makes me wish I still had that box of Legos.

When I found out about the Lego Architecture series, I tweeted about it right away and vowed to get the entire series. At the time, I was unsure if they were going to be a limited edition or widely available. “Just think of it,” I thought. “Legos and architecture, what a perfect fit.”

As things do, the Lego series passed off my radar and I almost forgot about it. Until I went to the Toys R Us store in Times Square to buy some toys for Toys for Tots. In the Lego section, the shelves were full of Lego Architecture. They also had giant-size Lego replicas of the Statue of Liberty, Flat Iron Building, Chrysler Building and the Empire State Building, complete with King Kong on top. 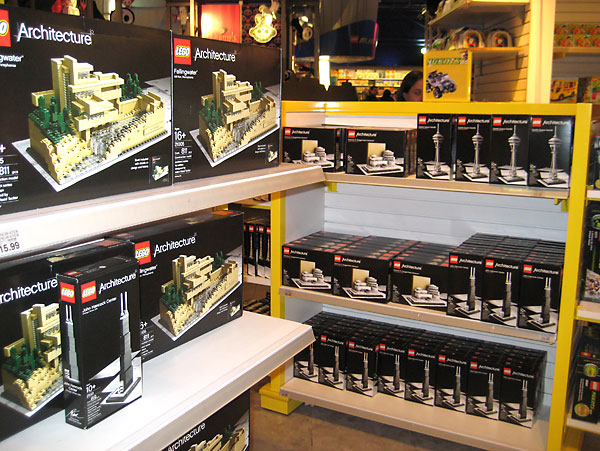 To date, Lego has released the Landmark Series, including John Hancock Center, Empire State Building and Seattle Space Needle and the Architect Series, which includes two Frank Lloyd Wright creations: Fallingwater and the Guggenheim Museum. Coming soon is the Discovery Series but no idea what that will be. My only complaint at this point is these are pretty small. The Empire State Building is only 7.7 inches tall.

This is what Lego has to say about the architecture series:

The LEGO® Group and Adam Reed Tucker are excited to bring you this new line of distinctive landmark building sets. Our hope is that this will inspire minds of all ages whether you’re young and eager to learn or young at heart and simply intrigued by these modern day marvels. The idea behind LEGO© Architecture is to celebrate the past, present and future of architecture through the LEGO Brick. Through products and events we wish to promote an awareness of the fascinating worlds of Architecture, Engineering and Construction. Initially, we are featuring a pair of Chicago’s most famous landmarks: The Sears Tower and The John Hancock Center. Eventually, we wish to offer other famous landmarks throughout the world celebrating influential architects and movements that have shaped the environment around us. We hope to inspire future architects around the world with the brick as a medium.

Since Lego only sells kits and not just an assortment of bricks, I was thinking how cool it would be to get the architecture sets, some city building sets and some Star Wars sets and design the city of the future in my living room. I figured, since my fiancé gave me Fallingwater for Christmas, she would be ok with that. Wouldn’t she?