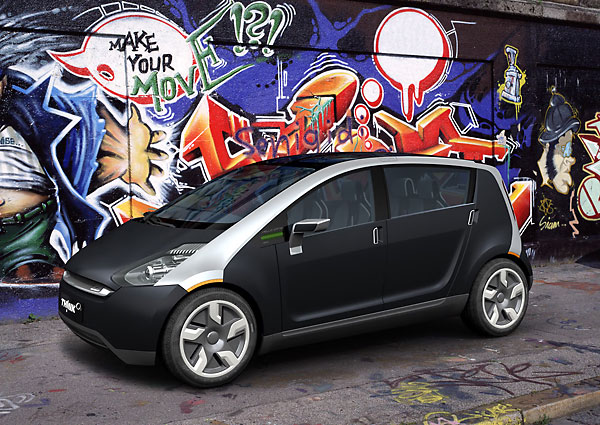 Sweden car company, Think, has been making electric cars for 17 years. In April, Think announced a North American division, which will demonstrate the Think city next year with sales beginning in late 2010. The attention to the environment doesn’t stop with zero emissions. Think city is 95 percent recyclable and comprised of recycled materials including the unpainted ABS plastic body panels molded in color. Even the Think manufacturing facility is carbon neutral. They also announced a partnership with Tesla Motors to offer a lithium-ion battery that extends the Think city’s driving range to 124 miles. In addition to the city, the Think Ox is in the concept stage. The Think Ox is a 5-seater crossover car with increased performance and power. The line boasts connectivity with on-board computers able to connect with drivers via mobile phone or personal computer. There is no US price available, but the Think city will sell for under $30,000 in Europe.