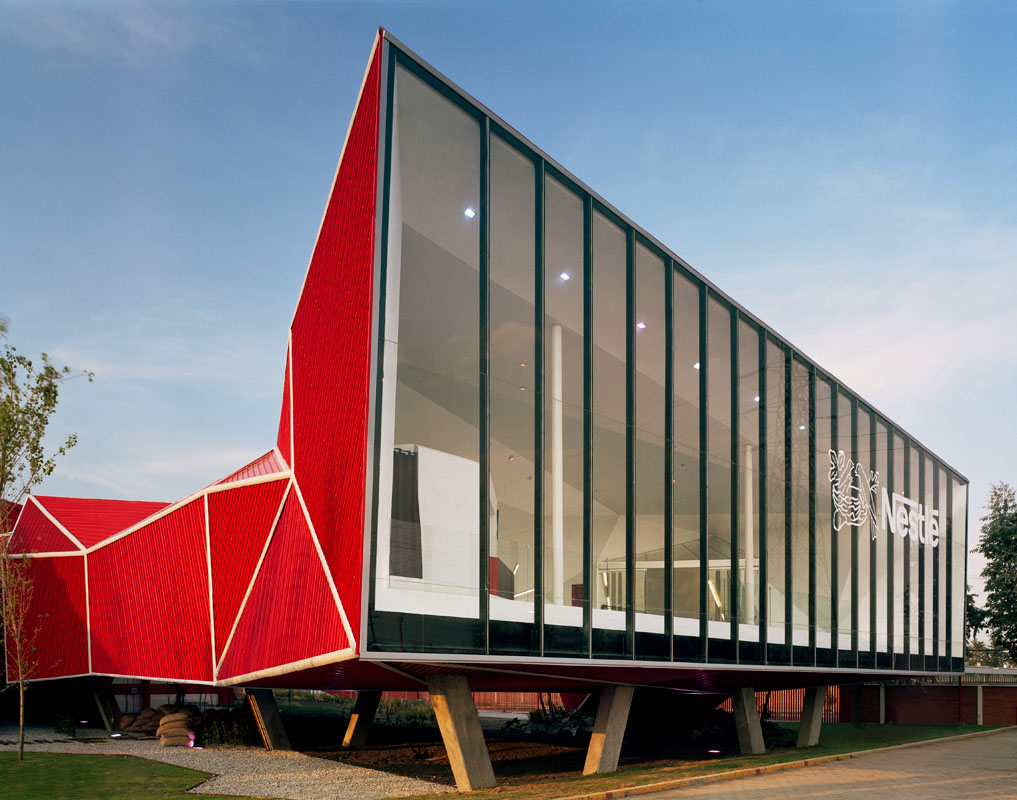 It’s a bird. It’s a plane. It’s the Nestlé Chocolate Museum in Mexico City. The concept: “a playful folding shape that is evocative for kids of an origami shaped bird or maybe a spaceship”, according to Nestlé. 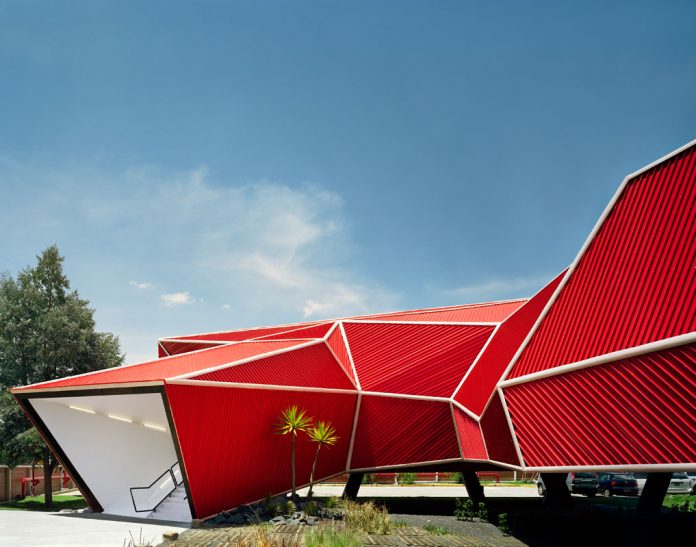 The 300-meter solid red façade of the building, reminiscent of a candy wrapper swathing nougat inside, is a confection for the eyes. 408 corrugated panels zig and zag with geometric twists and turns. Intended to beckon kids and kids at heart to venture inside, even Willy Wonka would succumb to the lure.

It is no wonder the structure is radical, as Nestlé enlisted Michel Rojkind, Mexico City’s wunderkind, to design it. The young, internationally acclaimed architect, who spent his first adult decade as a rock ‘n roll drummer, marches to his own beat. 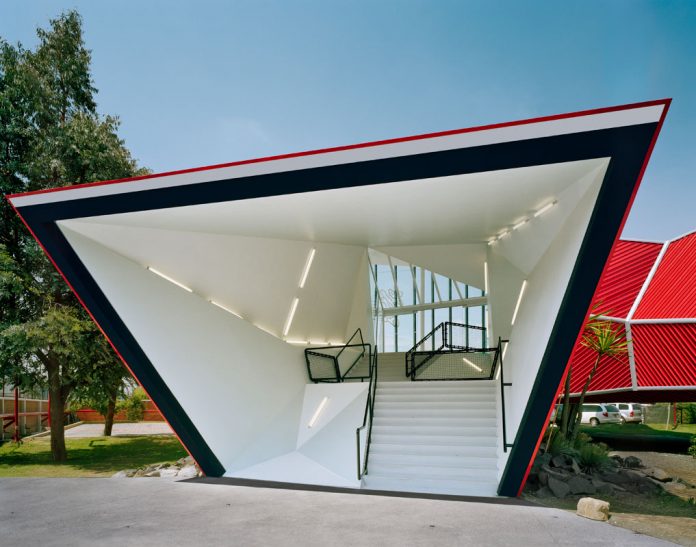 In an interview for Graphisoft’s Great Architects, Rojkind proclaims, “I had the opportunity to work in a big architectural office, but I hate conforming to what I’m supposed to be.” He launched his own firm, Rojkind Arquitectos, which has soared to design projects all around the world.

When Nestlé asked Rojkind to revamp the chocolate factory’s public viewing gallery in his home city, he jumped at the chance. He engaged a design team to construct a museum with a shop, a theater, and direct access to the factory. 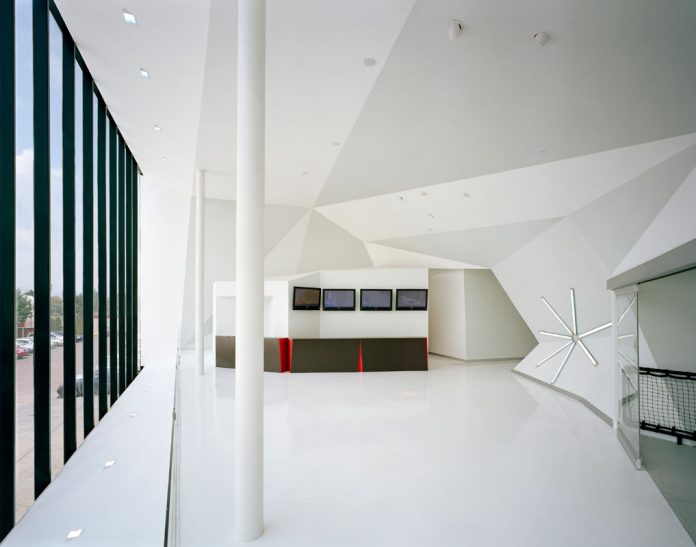 Within the scarlet exterior, 634 square meters of solid white interior swallows all who enter. White fluorescent light tubes provide illumination while their linear arrangement guides visitors through the extent of the wing. Well inside, tubes aligned on criss-crossing planes, as well as fashioned into sunbursts, create monochromatic wall art. 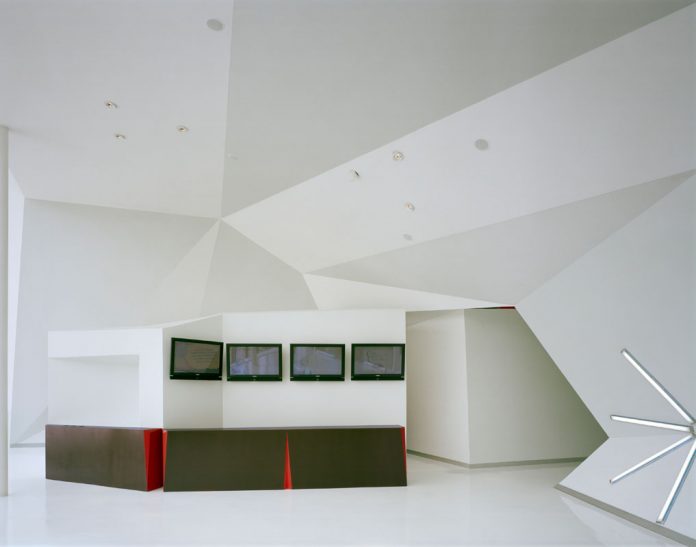 Natural light floods in through one wall comprised of vertically rectangular glass panels. The traditional landscape through the vast window belies the sanguine structure designed to draw sweet-toothed tourists. Emblazoned across the glass panes is the globally familiar Nestlé signature, heralding the company that hired Rojkind Arquitectos, boosting the vanguard firm’s name to fame. 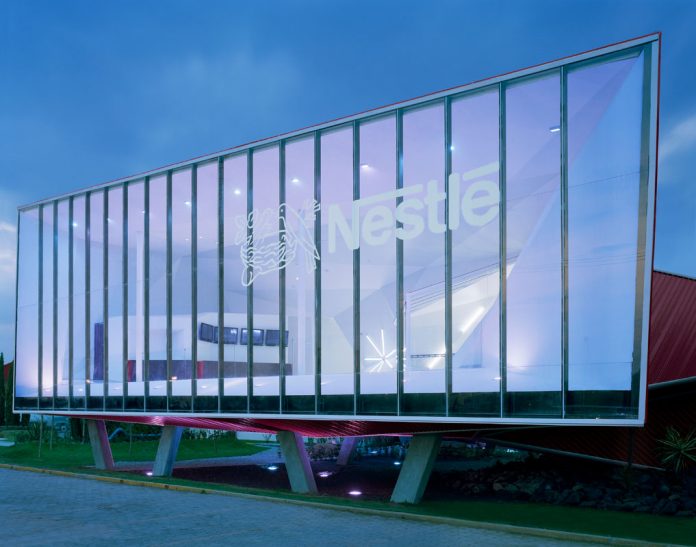 Rojkind Arquitectos completed the project in record time. Rojkind layered three eight-hour shifts from January 2007 to March 2007 to finish in a scant two and a half months.

In an interview with Arcspace, Rojkind explains, “Because of the very tight timeline we had to think in a construction process that could give us time to assemble the complete project on time, so we did the foundation and supporting columns in concrete while creating the steel structure on the site at the same time.” 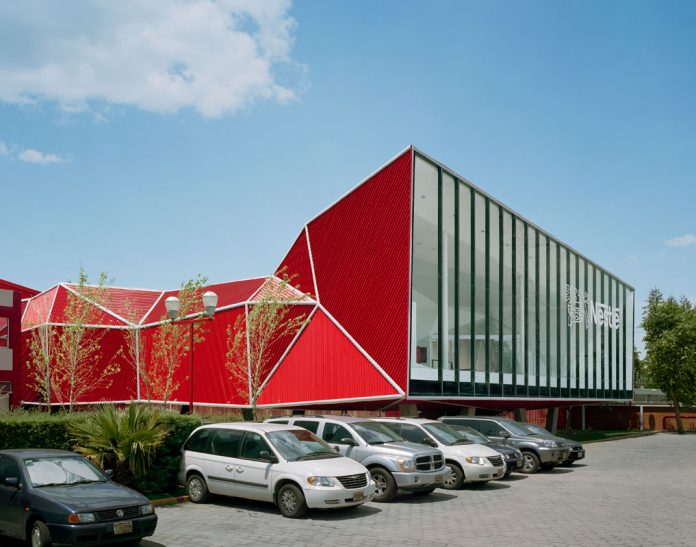 The angular polygons of the Rojkind design bring the glory of chocolate full circle. The ancient Aztecs, in the area that is now Mexico City, made a drink from the cacao bean called, “chocotle”, meaning “warm liquid”. When the Spaniards sent Cortez to the New World in the 1500’s, he took chocolate back to Europe.

Today, Nestlé pays homage to chocolate’s homeland. The Nestlé factory in Mexico City is regularly booked solid as visitors come for both the structure and the chocolate.